On my recent trip to Poland, I went back to visit Wawel, or Krakow Castle again. I have been there a few times, but even in a city with so much impressive architecture and grand buildings, the castle that dominates one end of the old town is a must see. There have been buildings on the site since the tenth century, and the fortress was the home to the Polish monarchy through the time that Krakow served as the national capital, with the cathedral in the castle serving as the location for the coronation of kings as well as their mausoleum. 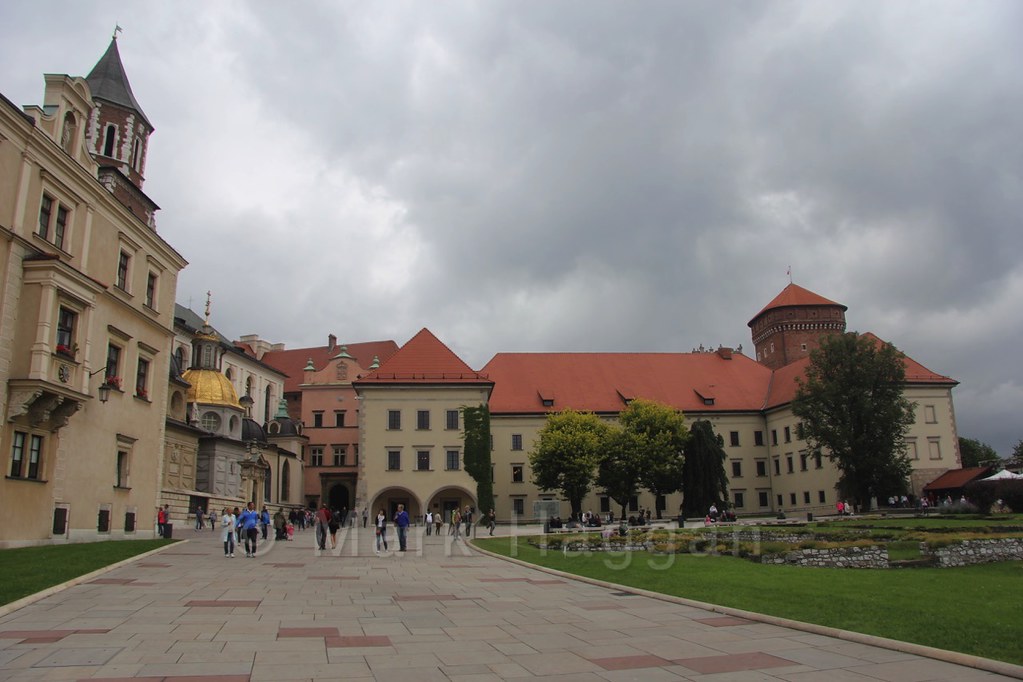 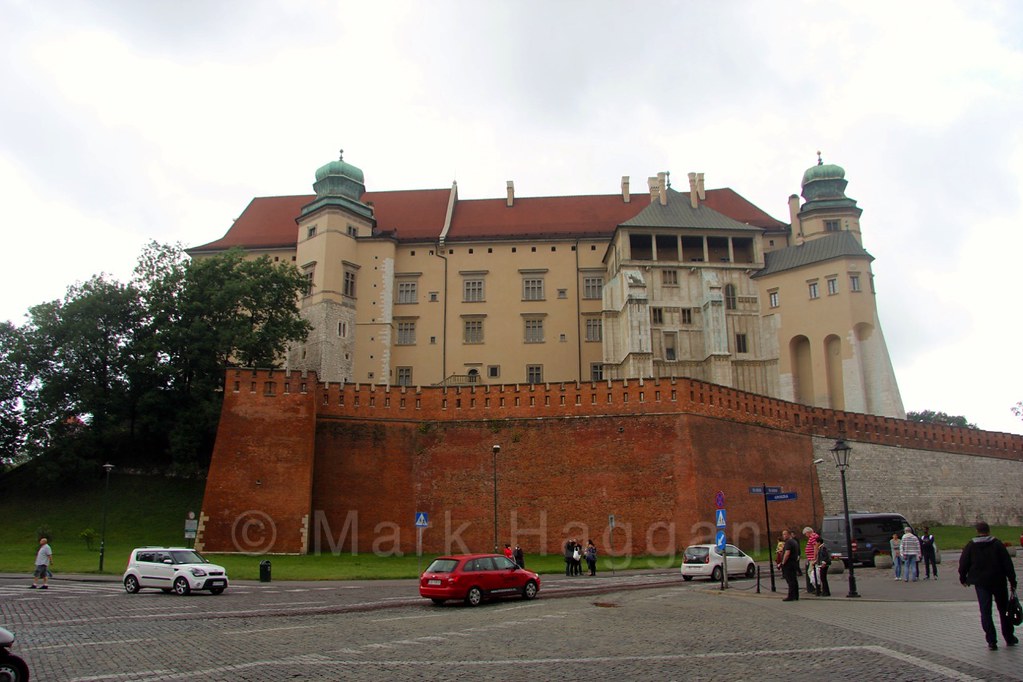 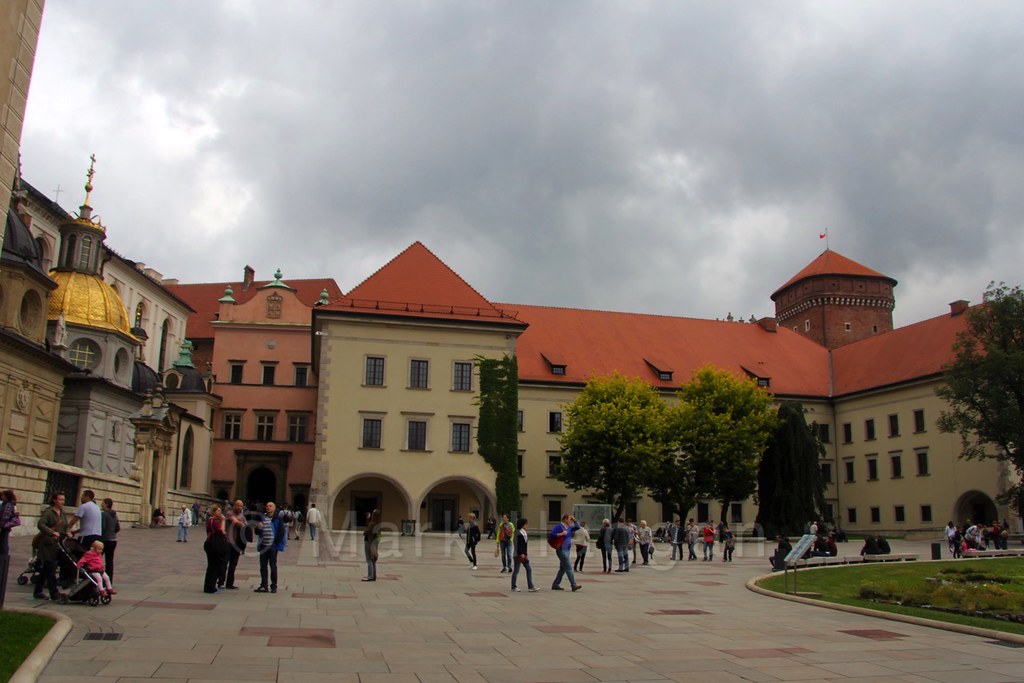 The castle has plenty to see, and the cathedral is stunning. The elevated position of the castle gives a good view of the city. 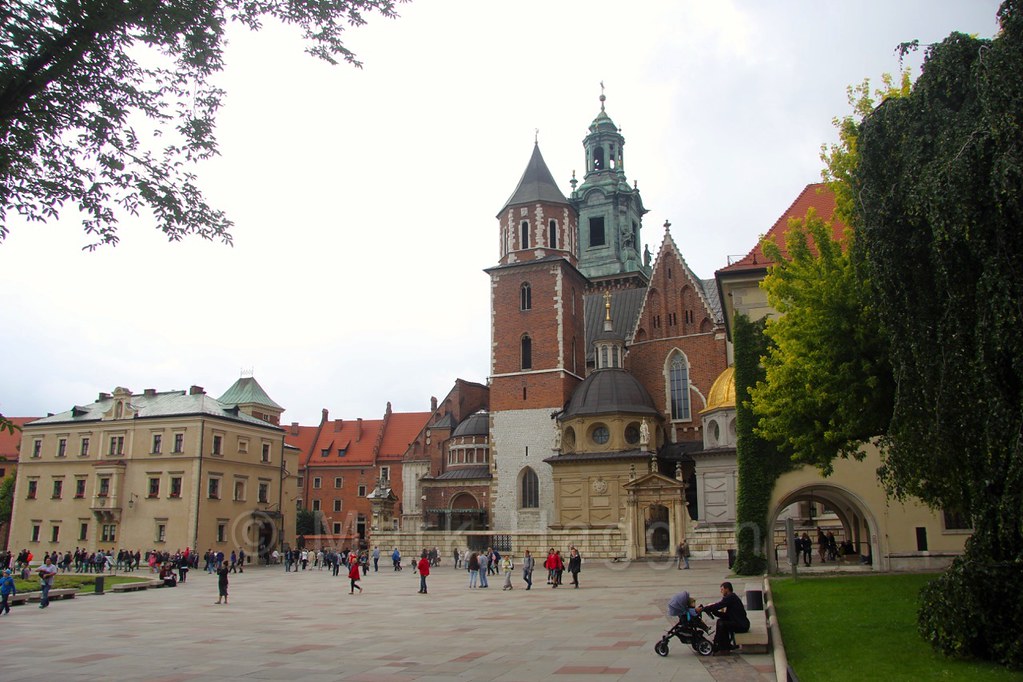 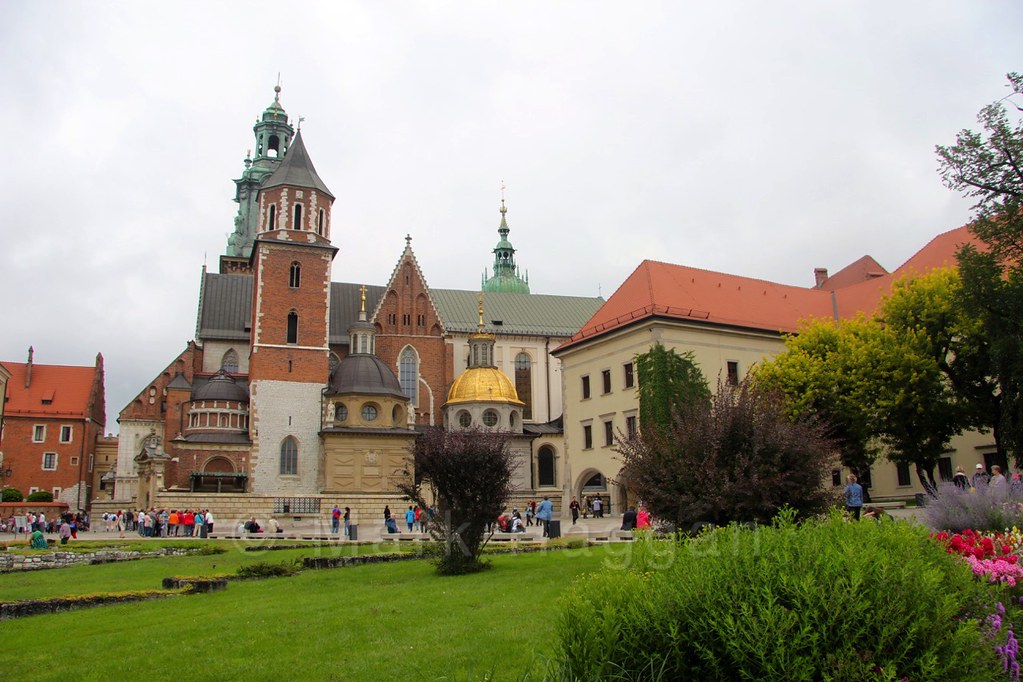 Equally, its elevated position makes it a highlight of any tour of the city, and the frequent horse drawn carriages that make their way around Krakow pass by in a steady stream, giving tourists and locals alike an opportunity to marvel at the fort. 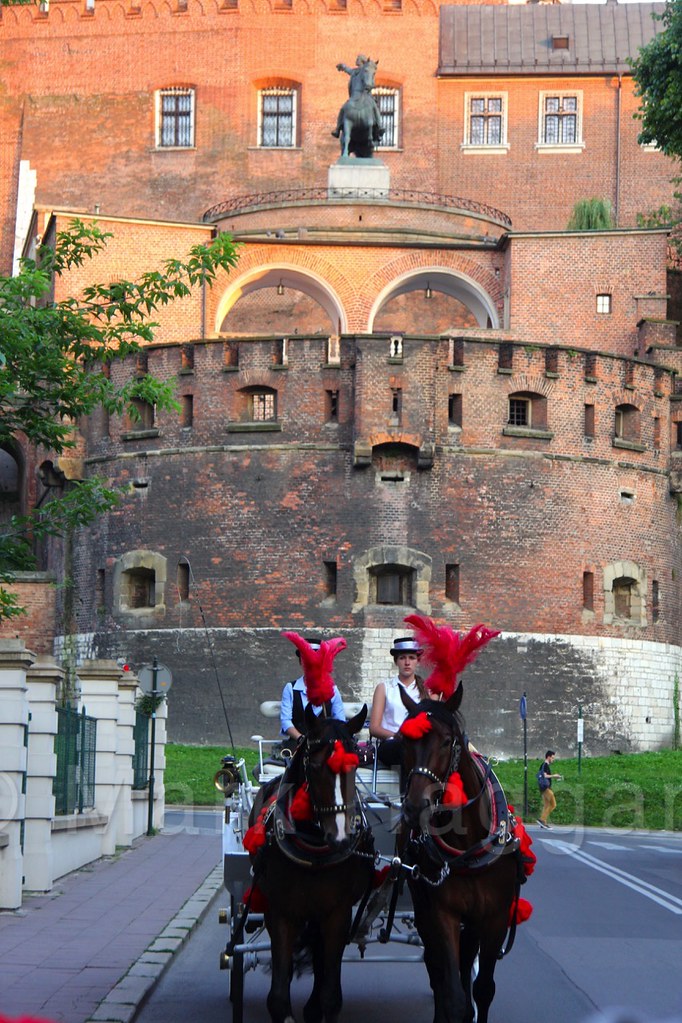 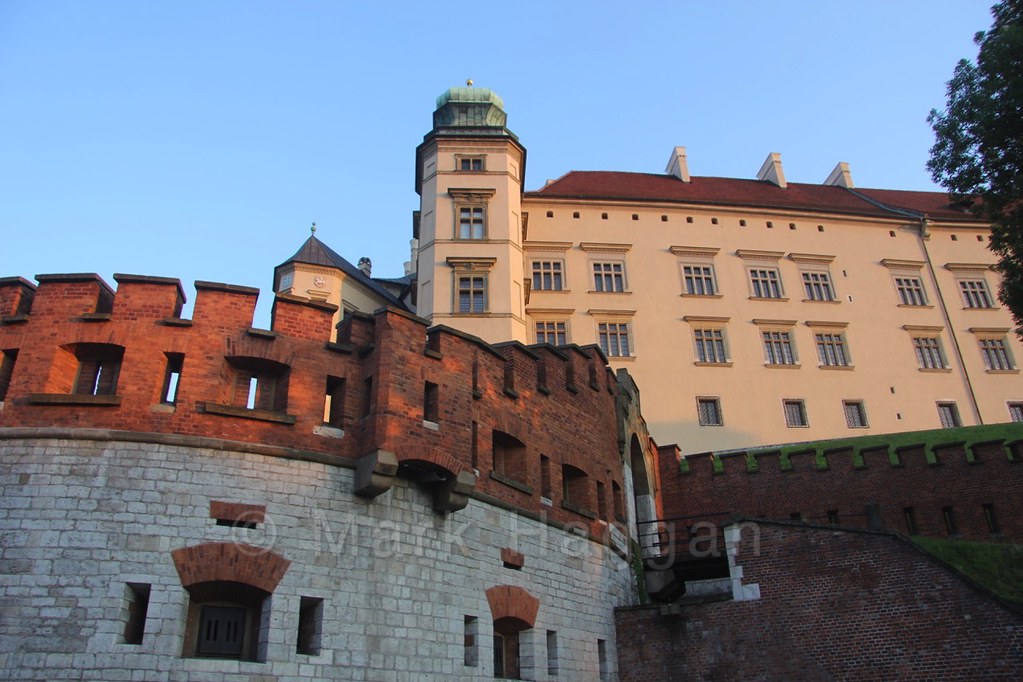 The castle is also home to one of the interesting myths about the city. Legend has it that once upon a time, the area was inhabited by a dragon who, once he had eaten his fill of the local livestock, requested that humans were provided. After attempts to slay the dragon, a clever thought was to give the dragon an animal stuffed with sulphur, which caused his demise. The early versions of the story had the slaying as a calf skin provided by the sons of King Krakus, but by the fifteenth century, the story had changed to the king offering his daughter’s hand in marriage to the person who could slay the dragon. After losing many brave knights, an itinerant shoemaker, Skuba, filled a lamb with sulphur. The dragon ate it, and drank and drank from the river Vistula, that passes by the castle, to quench his thirst, but in the end, exploded. Skuba married the king’s daughter, Wanda, and, as they say, they lived happily ever after.

Today, you can leave the castle through the Dragon’s Den, the caves under the castle beside the river, and as you leave the caves, there is a statue of the dragon watching you as you pass along the bank of the river. 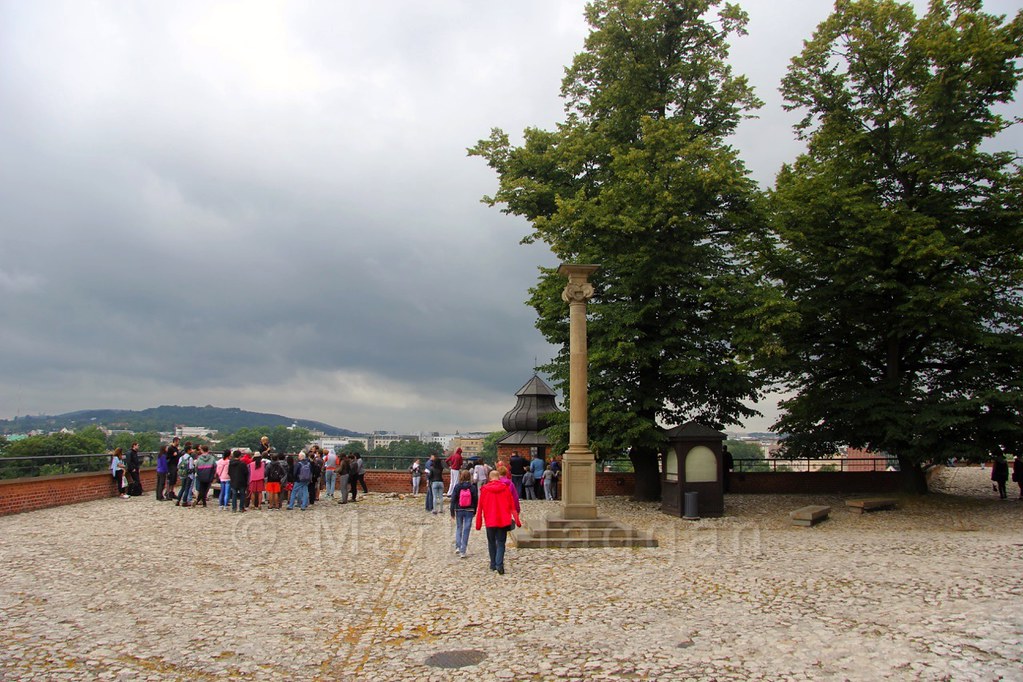 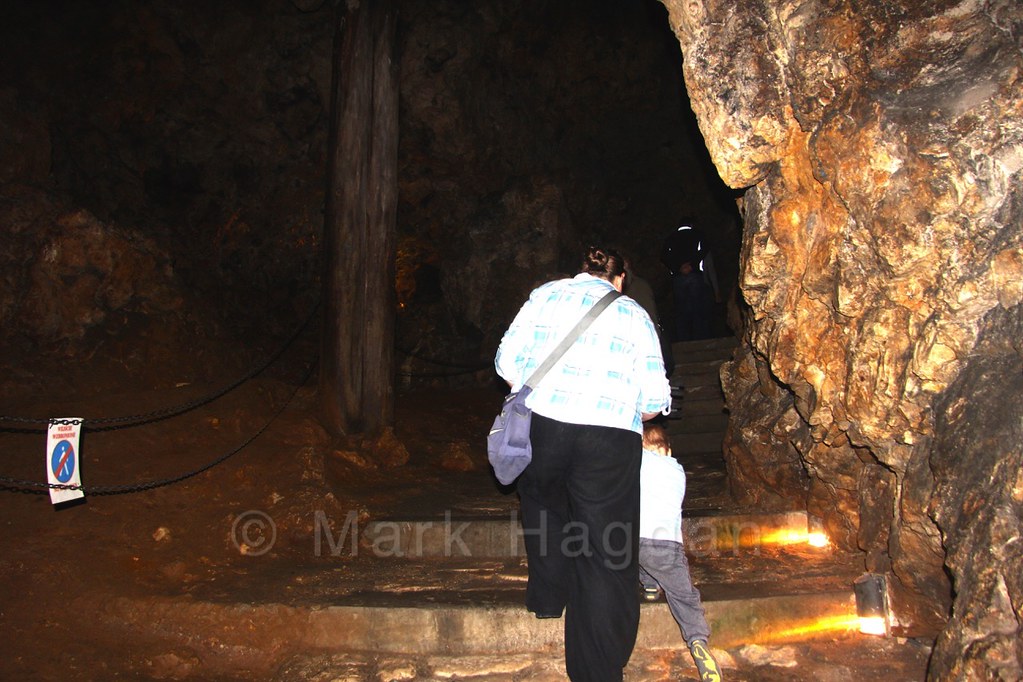 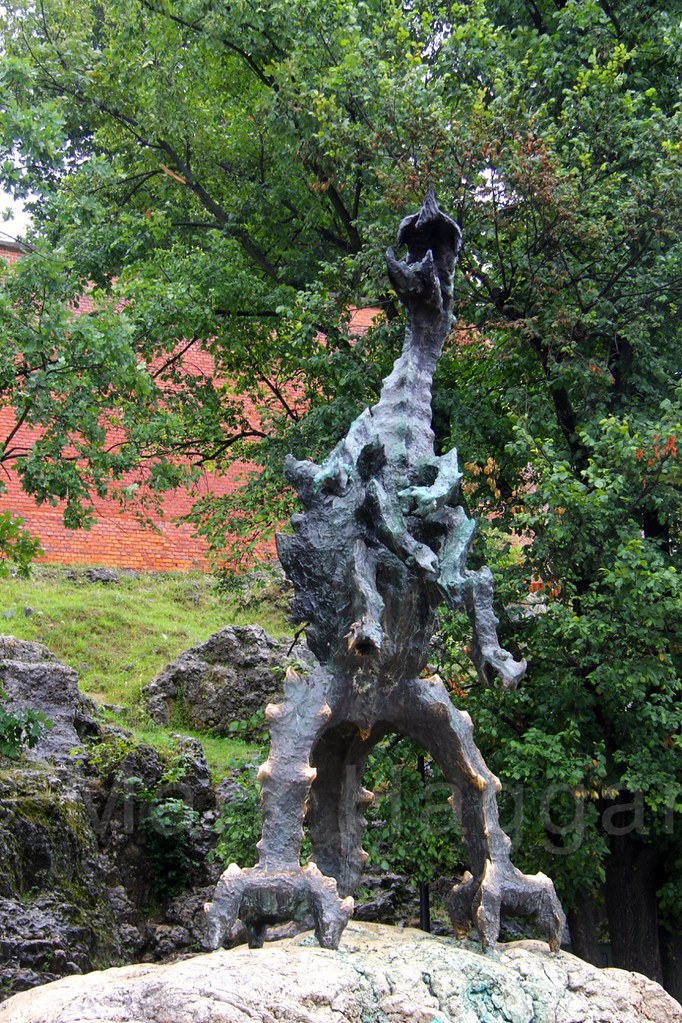 If you are in Krakow, visit Wawel, and if you are in Wawel, have a look at the Dragon’s Den…