The village of Harmondsworth is overshadowed now by its near neighbour, Heathrow Airport, but there are still interesting places there to visit. You may be most familiar with the place as the name on Penguin books for many years, which carried the information that they were printed in Harmondsworth, Middlesex, or the historic buildings of St Mary’s Church or the English Heritage owned Harmondsworth Barn. It is also home to the airline British Airways, and beside the huge office complex is Harmondsworth Moor, an area owned and managed by British Airways that was brought to its current state as part of the process to turn the former waste land into the office and surrounding park. 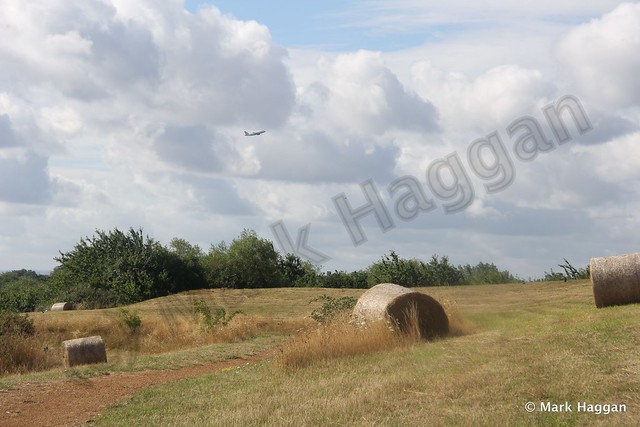 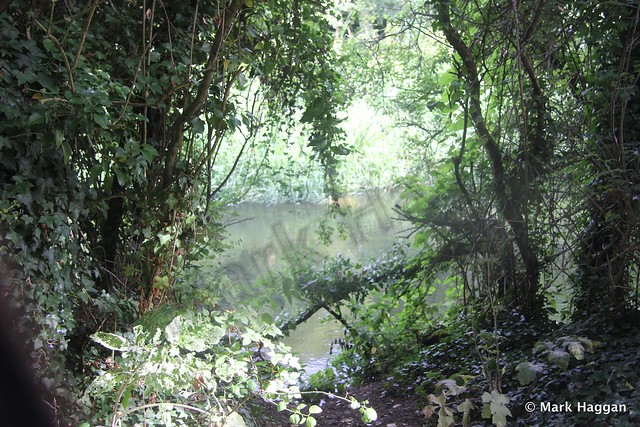 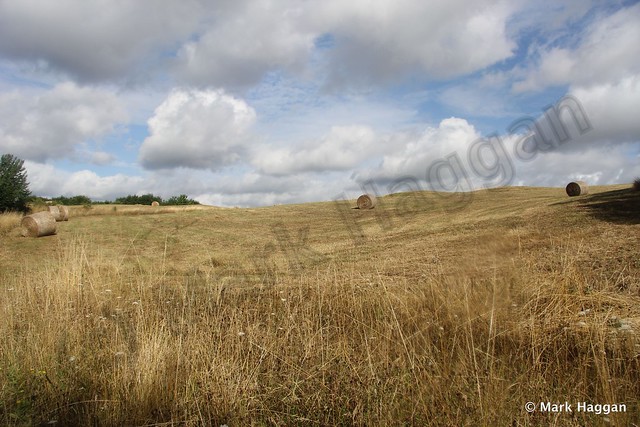 The park is easily accessed from a short road that leads from the A4, and the car park on Sunday morning was empty save for one other car and a motorbike when we arrived. The huge park area is filled with various areas of meadow or forest, as well as lakes, ranging from the very large to some ponds nearer the main car park. I have been there many times before, although on this occasion, it was a relatively short visit to the moor, and I did not make a full tour of the various interesting things to see there. The moor is also home to a series of interesting looking large stones, which appear throughout the park, and in particular, in the area known as The Keyhole. These were part of Waterloo Bridge, which was demolished in 1935, and left in this area. A requirement for the park when being converted to the current moor was that everything on the site would remain, and these stones that once carried people across the mighty Thames now provide an opportunity for those to stop and rest for a while. 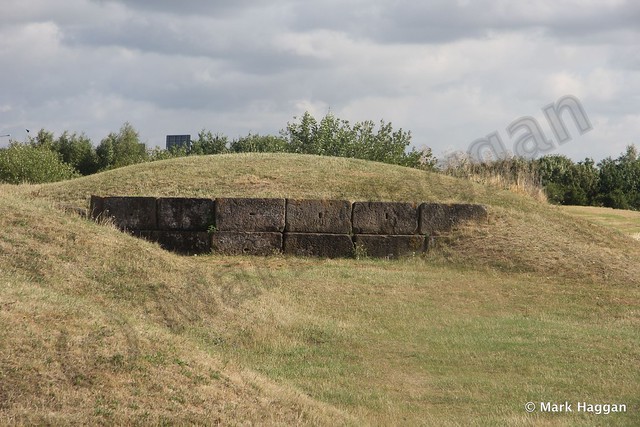 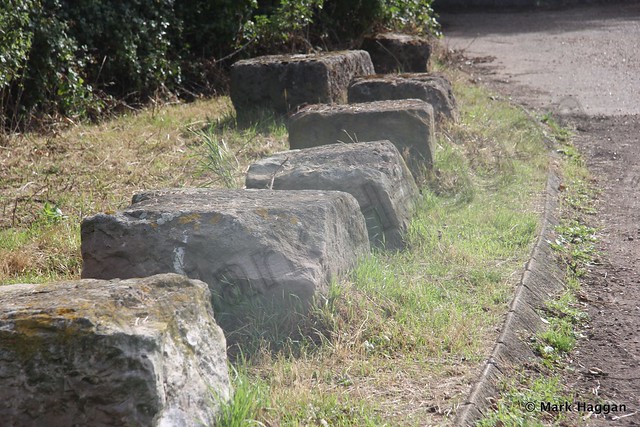 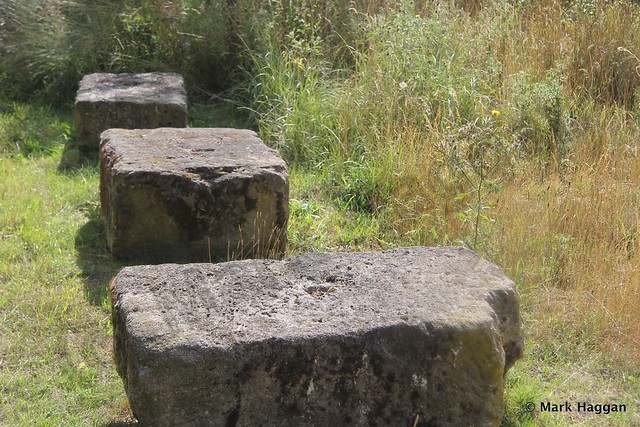 There are three rivers on the site, the Colne, the Wraysbury and the Duke of Northumberland. The Colne is the only one of the three which is a naturally occurring river, with the other two being canals dug in the sixteenth century to power local mills and to feed the ornamental ponds at Syon House. 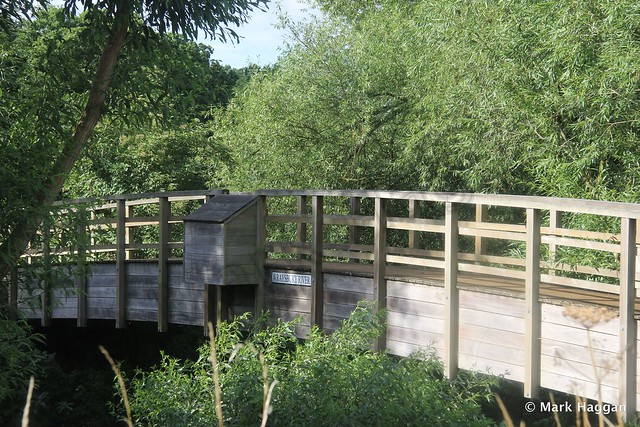 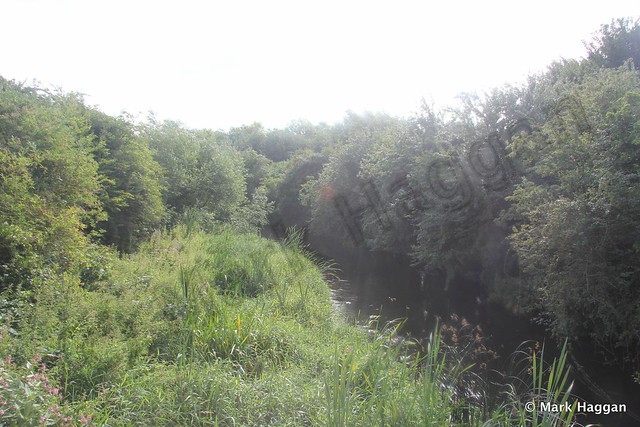 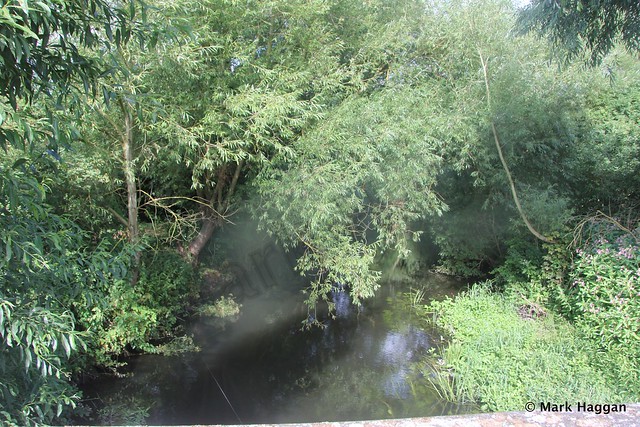 As well as being near the UK’s busiest airport, the site also runs alongside two of the country’s busiest motorways, the M25 and the M4. It is odd to be in such a biodiverse area, and to see so many planes take off overhead, and in some areas – in many parts you cannot see any glimpse of a road – you are very aware of how close you are to these major roads. 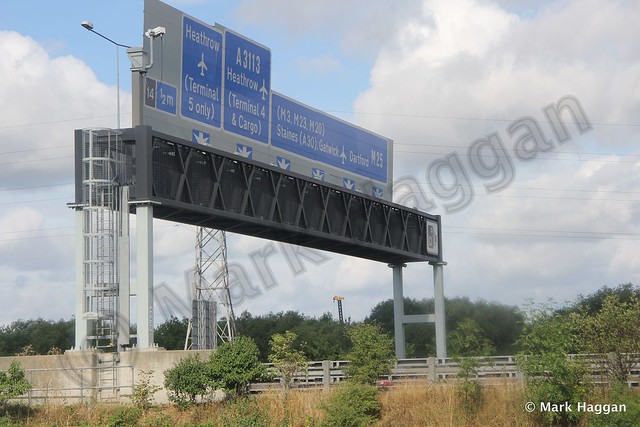 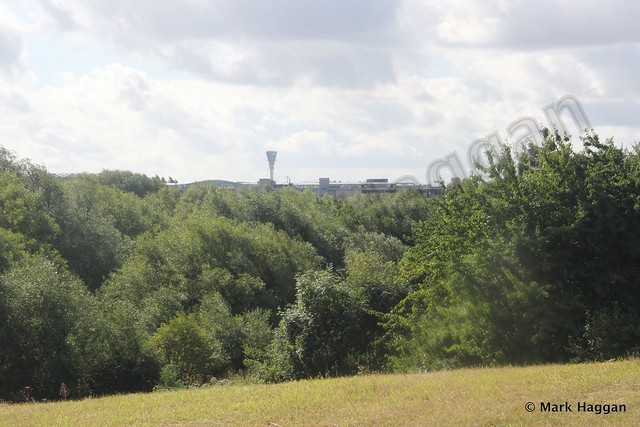 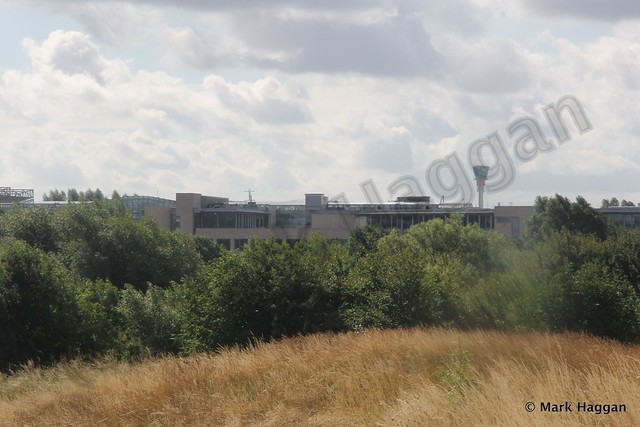 There is also a war memorial in the park, to a Royal Canadian Air Force bomber crew who crashed here in 1944.

We took Berta for a walk through the moor on our most recent visit. There is a great diversity of wildlife in the park, and the songs of various birds could be heard over the noise of the planes in the distance. As well as the air being filled with birds, there were also plenty of large dragonflies to be seen. The wildlife also includes various trees and plants, and the bodies of water – the ponds, lake and rivers – are also full of life. Berta found the smells of the moor to be fascinating, and spent most of her time there with her nose to the ground, investigating what scents she could follow. 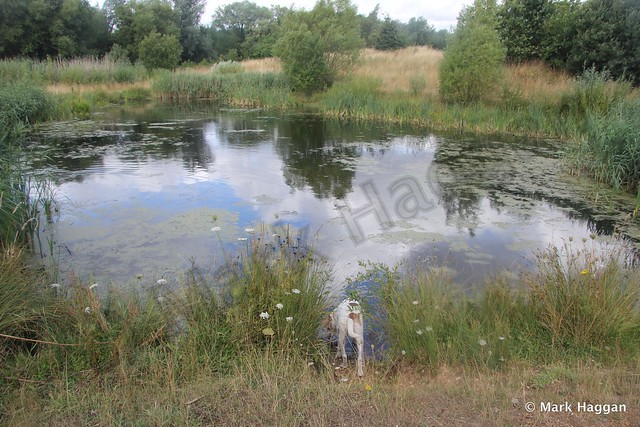 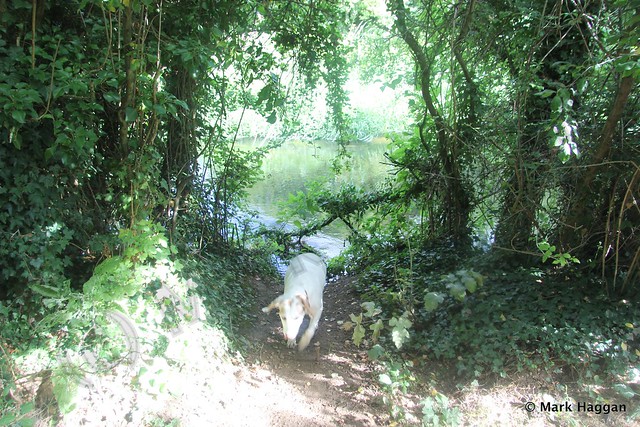 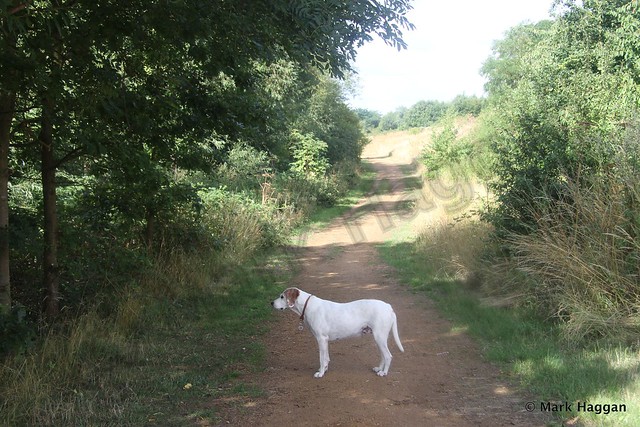 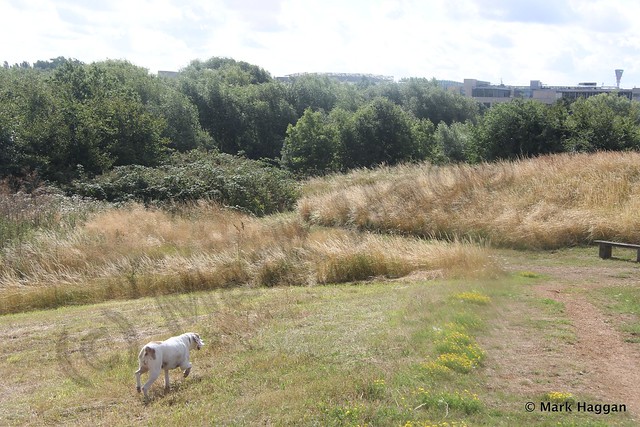 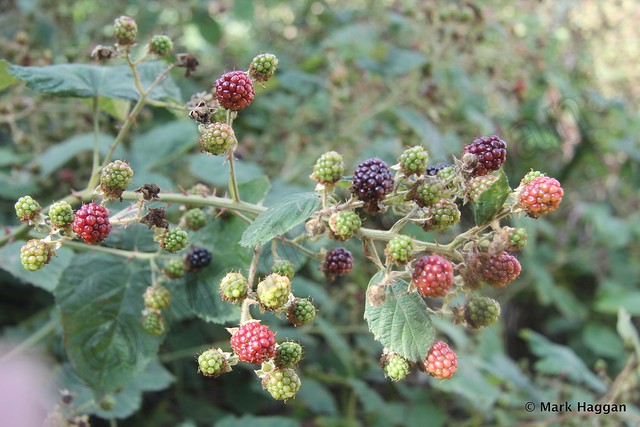 We met a couple of other dog walkers in the park during our Sunday morning stroll, but it was quite remarkable that such a wonderful location could have so few visitors at this time. If you do find yourself in the Heathrow and have some time spare, look out for Harmondsworth Moor. It’s definitely worth a visit.