I blogged recently on travelling in part of the Balkans, in the guise of Mostar, Bosnia & Herzegovina. Another interesting part of the region that does not normally rank highly in the tourist lists is Albania. We visited Skoder in the north of Albania, and the nearby Rozafa castle.

Albania is an interesting country with a fascinating recent past. It was part of the Ottoman empire for a long time, before becoming independent in 1913, with a series of forms of government, famously including former Prime Minister Ahmet Muhtar Bej Zogolli becoming President Zog, then King Zog I, before being annexed first by Italy and then by Nazi Germany. After the second world war, the country became embroiled in the new politics between the East and the West, and the socialist government of Enver Hoxha took power in 1946, organizing a centrally planned economy along Stalinist lines. After the death of Stalin, Hoxha developed a closer relationship with China, and left the Warsaw pact in 1968. In the 1970s, the relationship with China deteriorated, with Albania becoming isolated in a policy of “self-reliance”.

During the time of self reliance, and since the withdrawal from the Warsaw Pact, over 700 000 bunkers were built throughout the country to defend it against invasion, which means there was an average of 24 in every square kilometre. Given the nature of these structures, they are hard to demolish, and are still seen to liter the country. 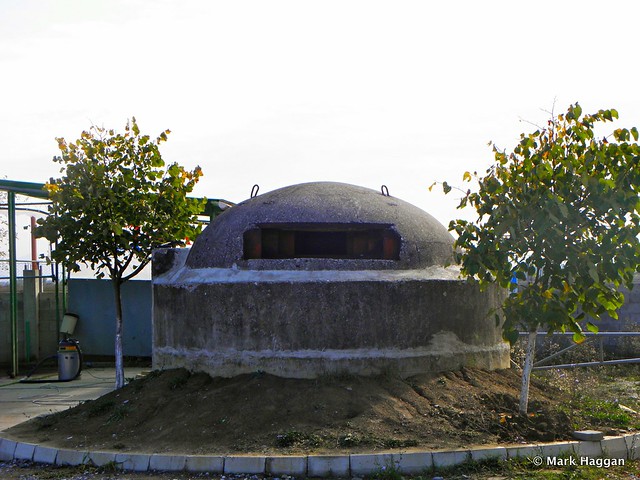 The fall of communism in Albania followed a rather unusual path. A large number of Albanians took refuge in embassies in Tirana, and many left the country. The Italians deployed troops along the coast to stem the influx of migrants. There was some violence and disorder in the early to mid 90s including a series of bomb attacks. In 1997, a series of pyramid sales schemes collapsed, taking with them the savings of hundreds of thousands of Albanians. Riots ensued, and government buildings were attacked. The government fell and a state of emergency was declared, and soon Albania became a receiver of refugees, this time from Kosovo.

Given the unusual history, and the period of isolationism, Albania is a fascinating place.

We drove over the border into Northern Albania from Montenegro. The first thing we saw was a bunker, right on the border. As we drove along the road, we saw plenty more of these. 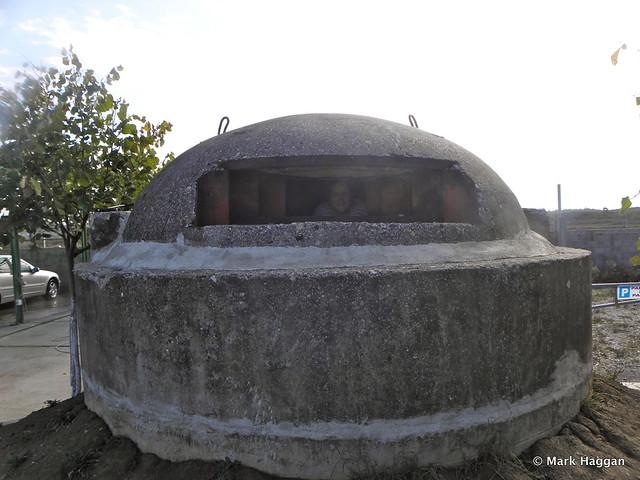 The roads had interesting traffic. Cars shared the space with horse drawn vehicles and donkeys, and the cars were a mix of very old vehicles and very modern Mercedes, BMWs and Jaguars. 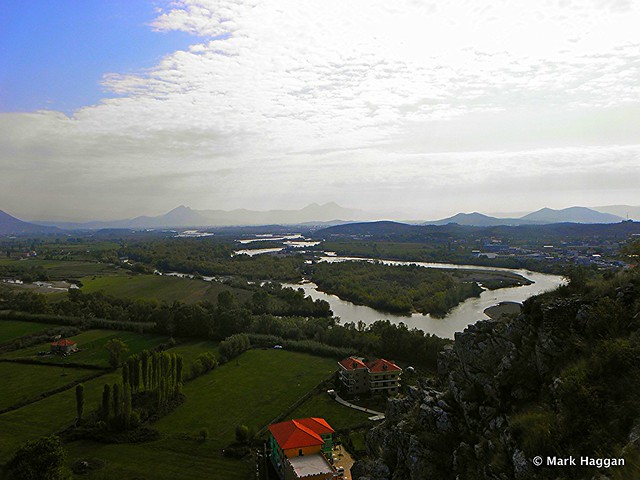 We drove a few miles to Rozafa Castle, which has – like most things in this quirky country – an unusual history. The castle is on a rocky hill, 130m above sea level, near the confluence of the Bojana and Drini rivers. The castle is ancient, and the story goes that three brothers had been trying to build the castle, which kept falling down. A passing wise man told them that the castle required a human sacrifice to allow it to stand. The brothers agreed that they would use whichever of their wives that brought lunch the next day as the sacrifice. The two elder brothers warned their wives, but the third held true to the agreement, and his wife brought lunch the next day. As a recent mother, she accepted that she could be bricked into the walls of the castle so long as a space remained for her right breast so that she could continue to feed her infant son, her right eye to be uncovered so that she could see him, her right arm to caress him and her right foot to rock his cradle.
The alcove into which she was walled is still there, and a white substance leaks out of the walls, supposedly her milk still appearing in the castle. 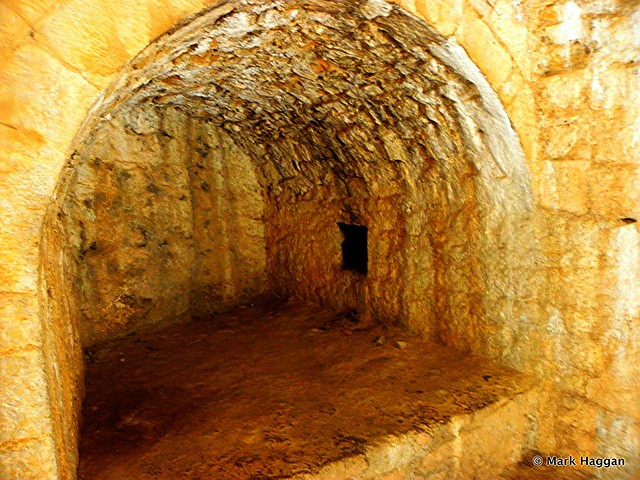 The castle is large, although much of it is in ruins, and has impressive views across Northern Albania. 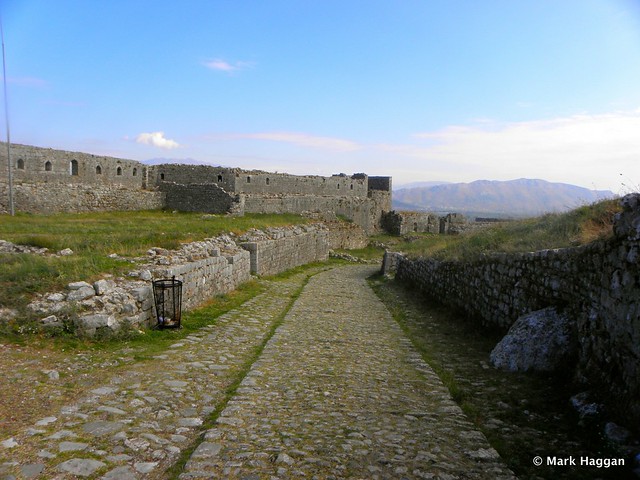 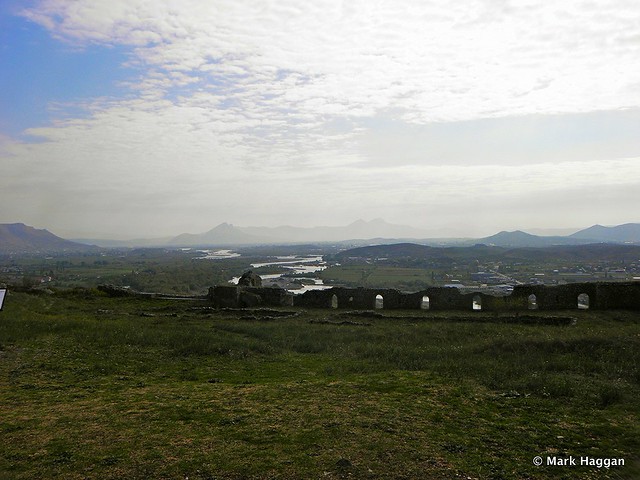 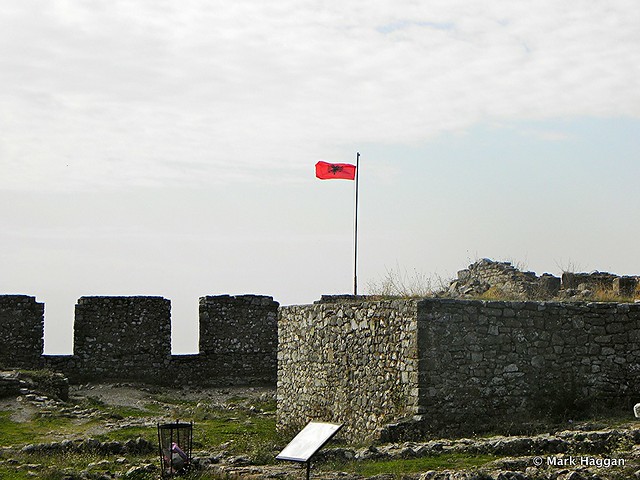 We spent some time walking around the ruins of the castle, and given it has an impressive history and appearance, and the spectacular views from the grounds, it was odd that there were no other visitors. We were outnumbered by the very helpful staff. 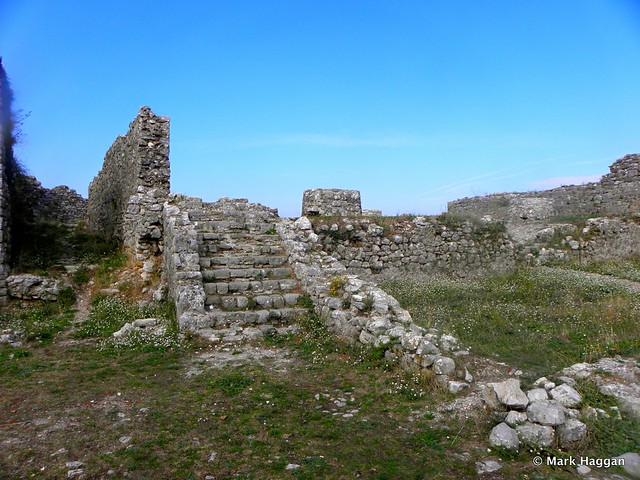 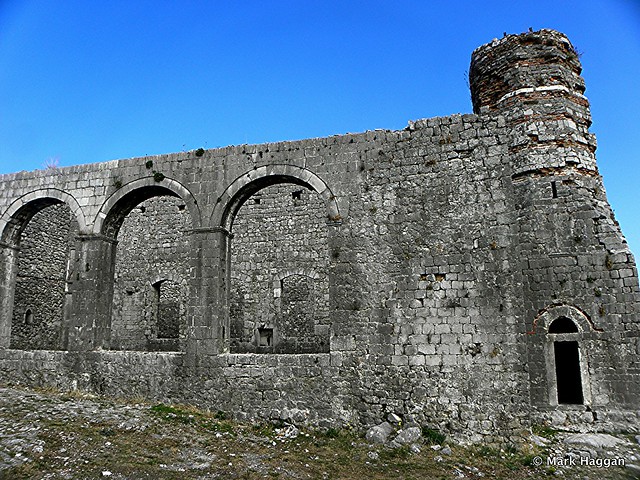 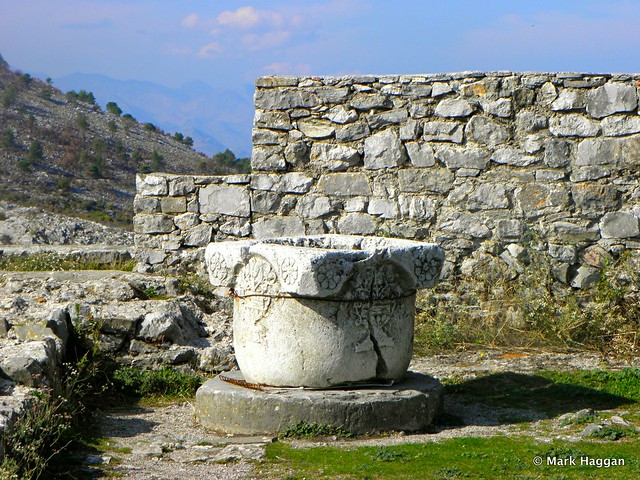 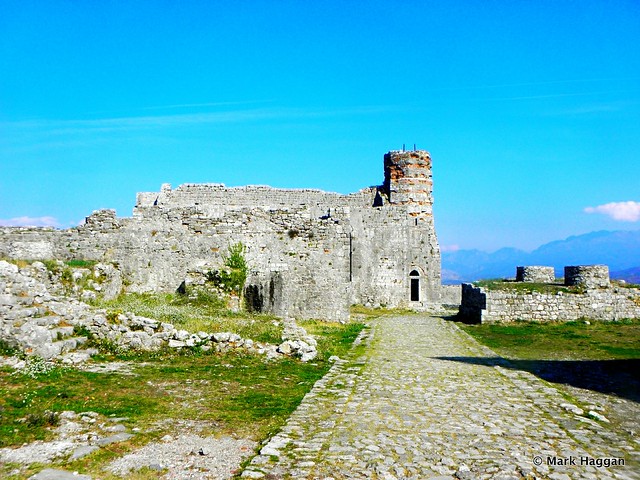 As well as looking around the castle, we took some time to look at the impressive views across the region, and to the nearby city of Shkoder. 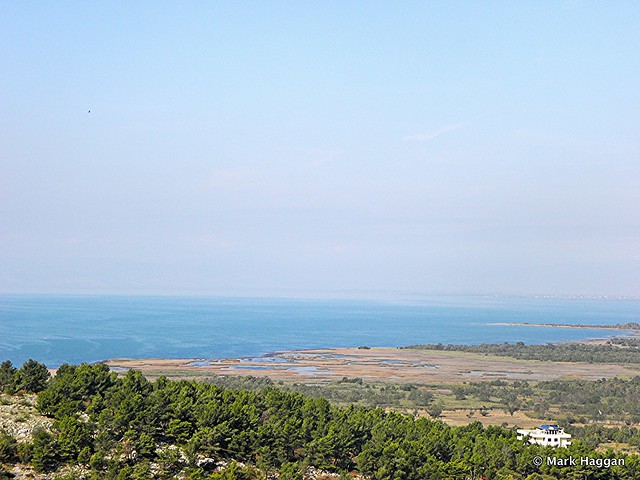 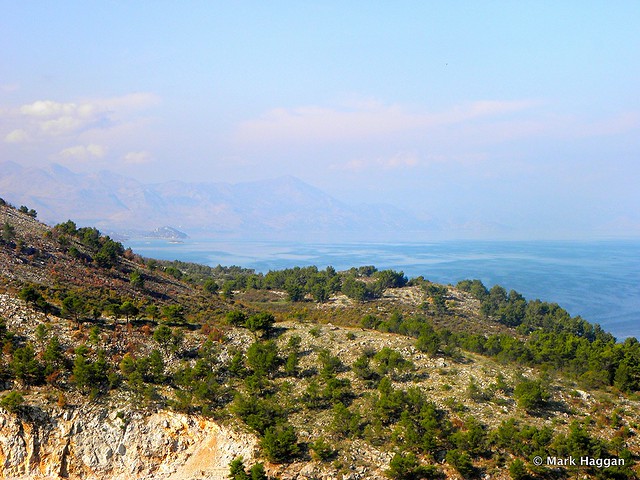 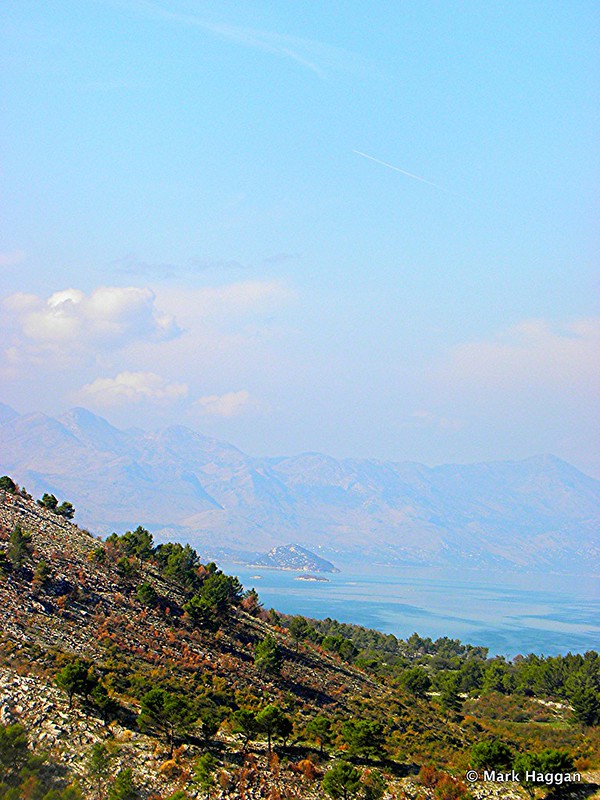 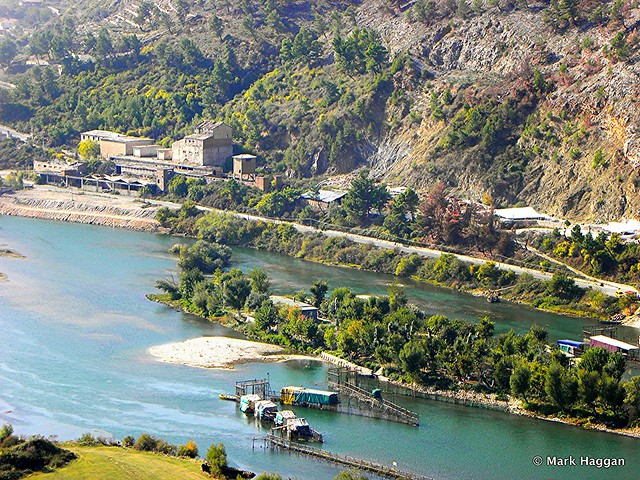 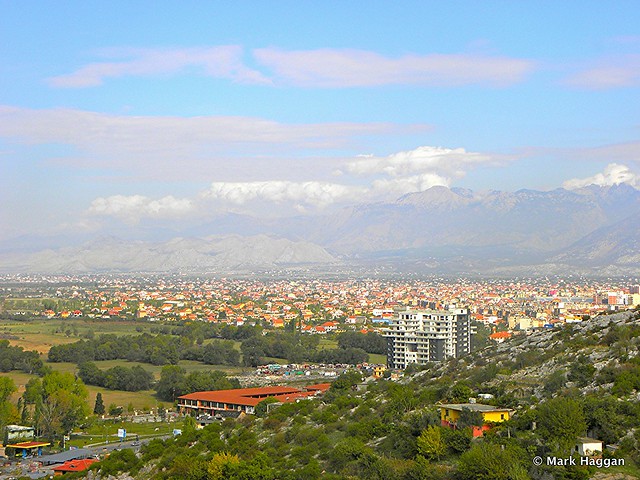 We drove into Shkoder, and could see the castle on the hill in an imposing position looking down at the city. 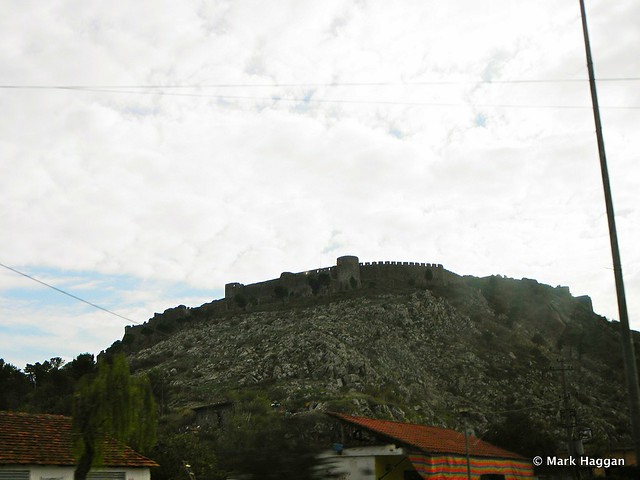 The city is an interesting place. It is the capital of the local district, and one of the oldest towns in Albania. There have been a series of battles and wars in the region over the years, including the Siege of Scutari (an old name for the city), in 1912-13. The city is a mix of the old and new, with some very modern parts, and some older and less attractive buildings. 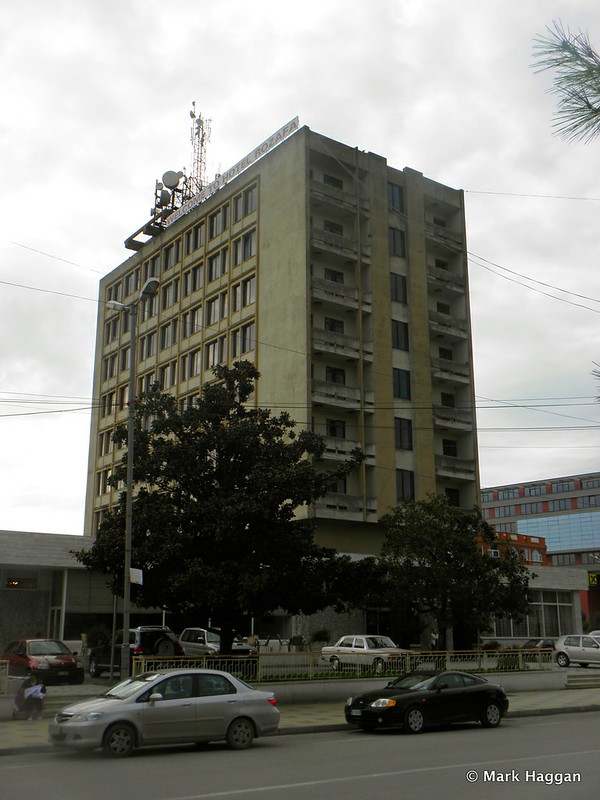 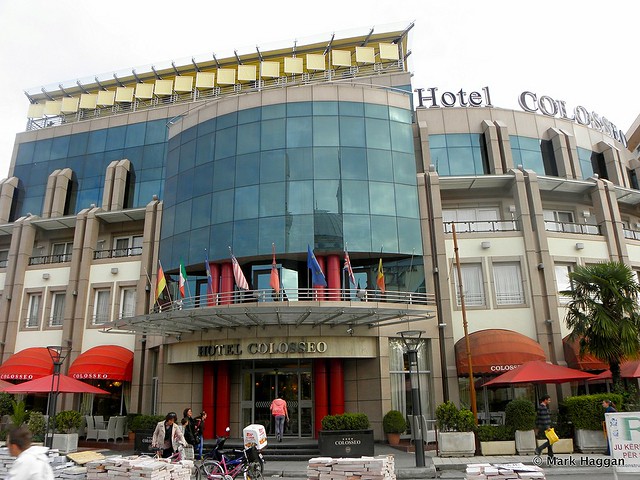 There are also a series of impressive religious buildings, including the Ebu Bekr Mosque, the Parruce Mosque, and the Orthodox Cathedral. 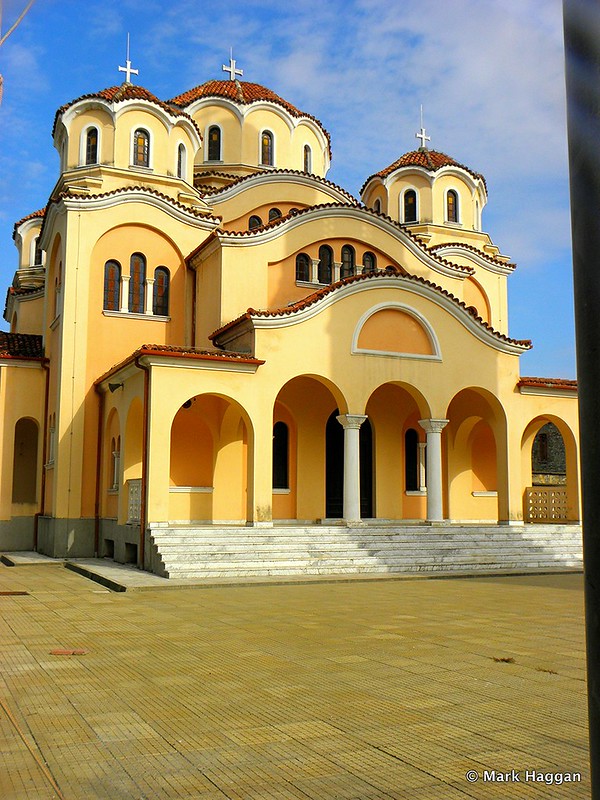 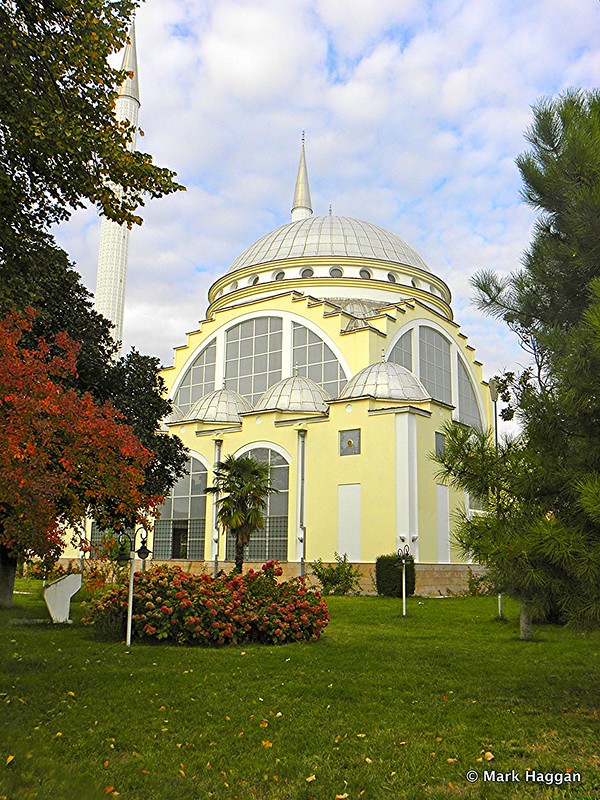 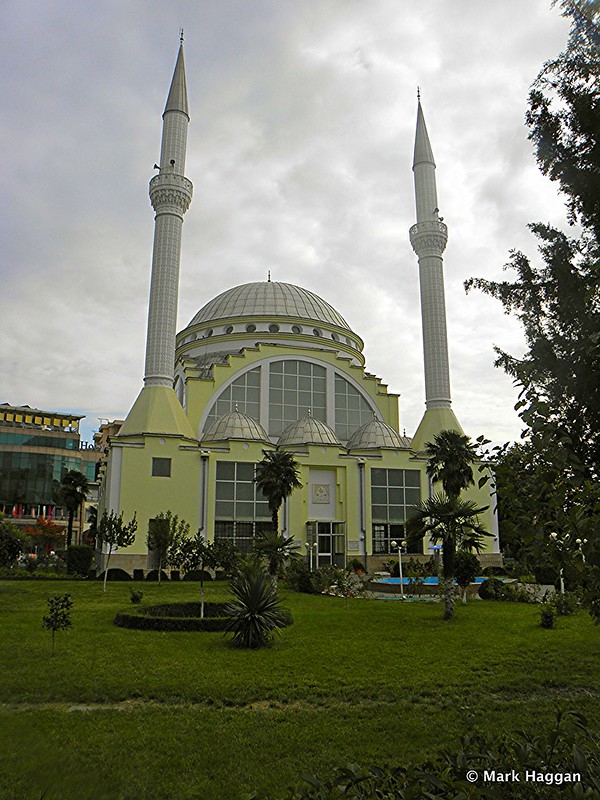 In addition, there is a pretty central street that has been recently refurbished. We saw one cash transfer on the street, where money was either arriving or leaving. The guards with the money, complete with significant looking weapons, did make us think that there was a reason why such protection was required. 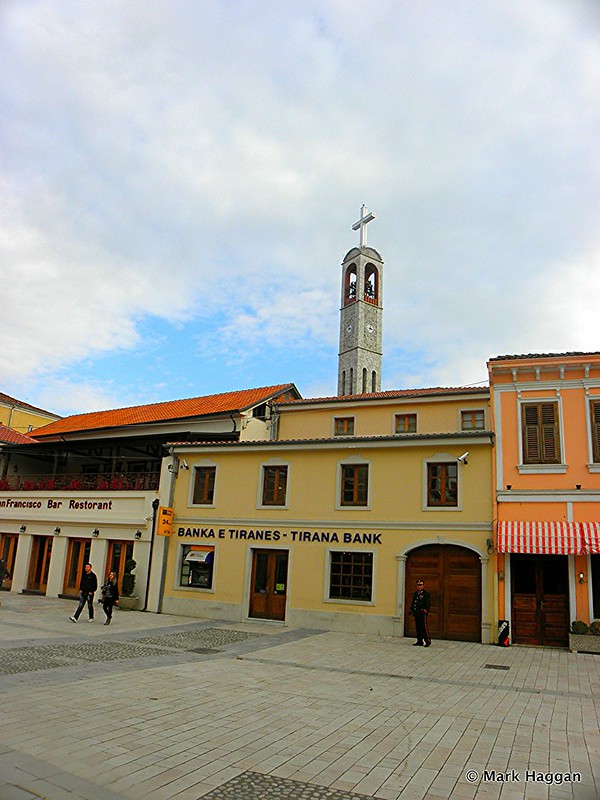 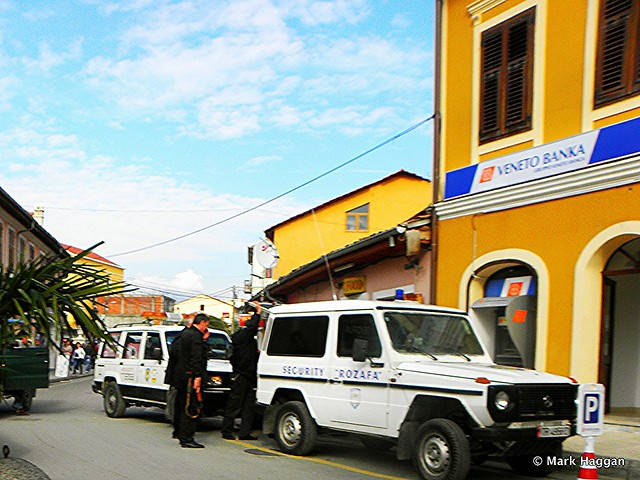 We were told that there were some interesting peculiarities to eating and drinking in Albania. Cafes and restaurants apparently have designated drinking and eating areas, so if you go to have a coffee and decide you want some food, you need to move to another area. It was one of those odd situations where the local language is quite unlike other languages in the area, so we could understand almost nothing that was said. We managed to order lunch, which was, as we had been advised it might, delivered in bits. We had some vegetables delivered, then a plate of chips, and then the meat. We were offered a milky desert which was a local delicacy, of which we were wary because of the endemic nature of tuberculosis in the country. We tried a small portion, and it was very tasty.

We did feel a little on display as westerners, and some older people in the city even came up to us and stared at us on the street. Smiling did not seem to be a key facet locally, but people were very friendly and helpful, given that we had no common language. We managed to buy some postcards in a local book shop, but stamps required a trip to the post office. That building was rather large, with various counters with different levels of queues. It transpired that there was a different queue for each service, including various counters for paying various bills. We were waved over to one counter with no one there, which turned out to be the counter for stamps, from which we managed to make our purchase, in another very helpful, if smile-free exchange.

When we drove back to Montenegro, the crossing out of the country took much longer than crossing in, as the Montenegrin immigration officials seemed to want to be very clear on the credentials of those entering into the country. We sat for a while, looking around us, where all we could see was the border crossing itself, and of course, some more bunkers.