The previously mentioned universal truth that young children are invariably fans of dinosaurs continues to hold in my house, so we headed off this weekend to see Dinosaur World 2017 in Derby.  The theatre was full of families, with plenty of small children, as Miranda, who was to be our tour guide through Dinosaur World, came on to the stage, and the crowd hushed, an impressive feat in a large room full of pre-school and primary school children, and dare I say it, their often equally excited parents. 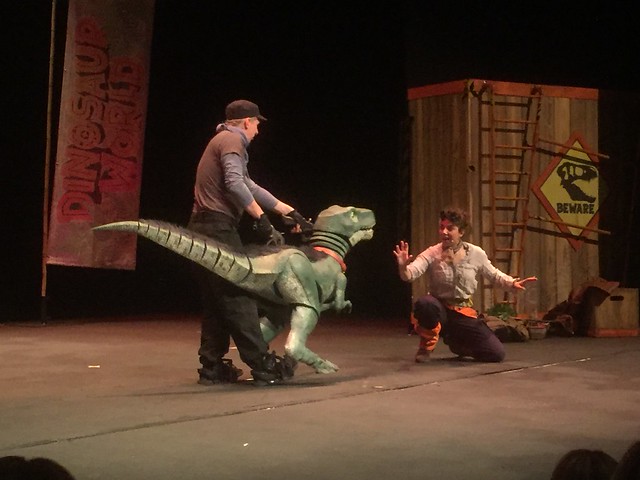 Miranda, who perfected the perfect balance between the entertainer, the educator, and the perfectly bonkers, introduced us to her dinosaur friends, including Tyrannosaurus Rex, a Triceratops, Giraffatitan and a Segnosaurus, which all came on to stage. Although the puppeteers who operated the creatures were visible to varying degrees, it was remarkably easy to suspend your disbelief and be convinced that there really was a dinosaur on stage. In fact, we heard several conversations with children debating whether some of the creatures were real or puppets.

There was a variation of sizes of dinosaur on stage, including a younger tyrannosaurus, and even one larger specimen that required the shouts from the audience to convince it to leave the stage.

Everyone was having great fun, and at the end of the show, the fun was not yet over. The audience were invited to stay behind for a little while either to meet the dinosaurs on stage, or to head out to the foyer to meet some of the smaller dinosaurs, including an opportunity to pet a two week old triceratops, all wrapped up in a blanket as you might expect a young animal to be. Much as my four year old son enjoyed the whole event, it was meeting the dinosaurs up close at the end that was the highlight, so if you do go along, hang around afterwards for that part. 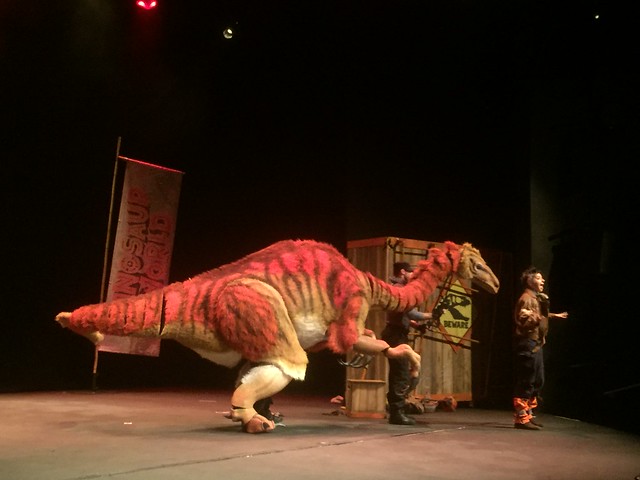 There was plenty of audience participation throughout, and there seemed to be a very happy crowd at the end of the event. If you have young children, then Dinosaur World is definitely worth seeking out as it continues on its UK tour. The taking of photos and sharing them was actively encouraged, and we have plenty of snaps now of our son petting his favourite dinosaurs! 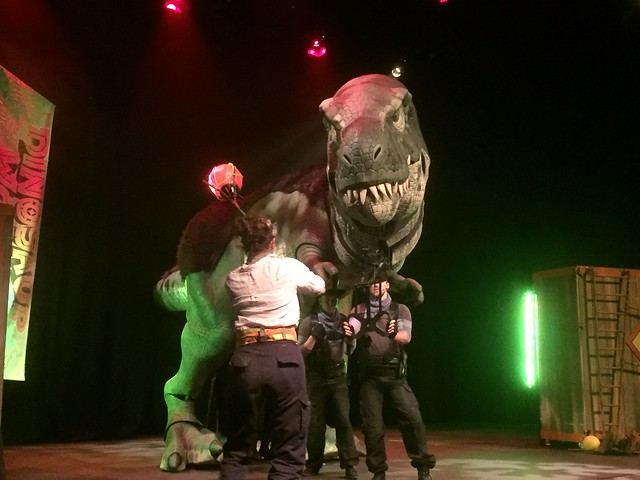