If you, like me, have an accent that has anything other than a very standard intonation and no hint of a dialect, and have an iphone, then you will probably also consider Siri to be nothing more than an unusable feature who does not understand you. Tonight, for the first time, I have managed a conversation with Siri, and not just one that proves that Siri can actually understand my East Antrim accent, but also that Siri can understand my sense of humour, and moreover, the sense of humour of Monty Python.

If you are not familiar with Monty Python And The Holy Grail, then this might not make sense to you. If you are, then you will be aware of how important swallows are to the plot, their air speed velocity, and whether or not they may be able to transport a coconut. It would appear that Siri is familiar with this.

The only thing left to say is ni. 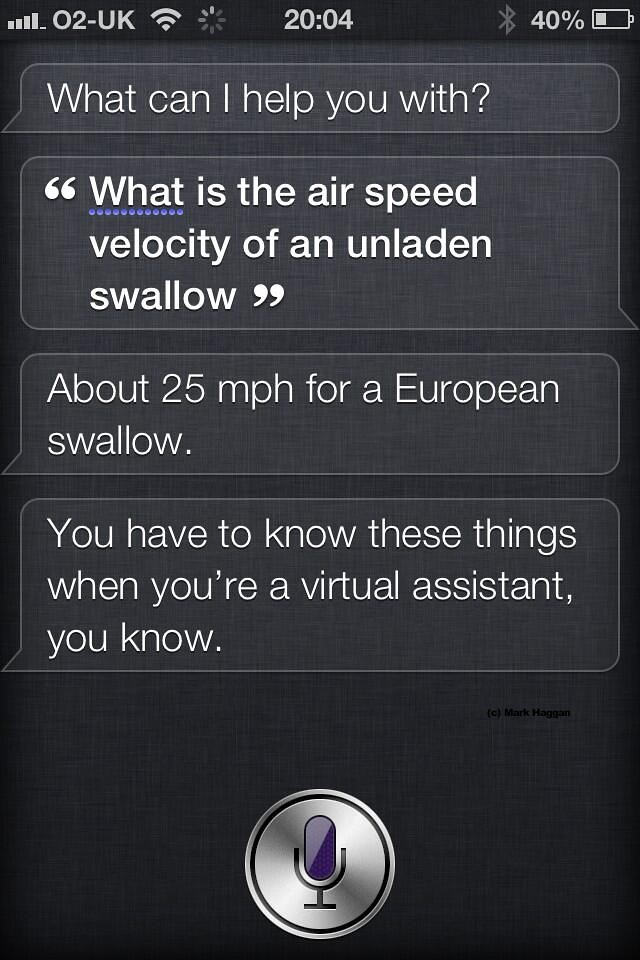