This weekend sees the Monaco Grand Prix as the Formula One circus makes its annual visit to the narrow streets of Monte Carlo and the eyes of the world are on not just the sport but also on those watching.  It’s a far cry from the first Monaco Grand Prix in 1929, when William Grover-Williams took the win in his Bugatti T35B, completing the 100 laps that made up the race in 3 hours 56 minutes.

William Grover-Williams had been born in France to an English father and a French mother, and moved to England at the age of 11 in 1914, where he learned to ride a motorbike and was soon racing. He moved to cars and back to France, and by 1926 was racing his Bugatti across France, winning the French Grand Prix in 1928 and 1929, and the 1931 Belgian Grand Prix at Spa among others, in a British Racing Green car. 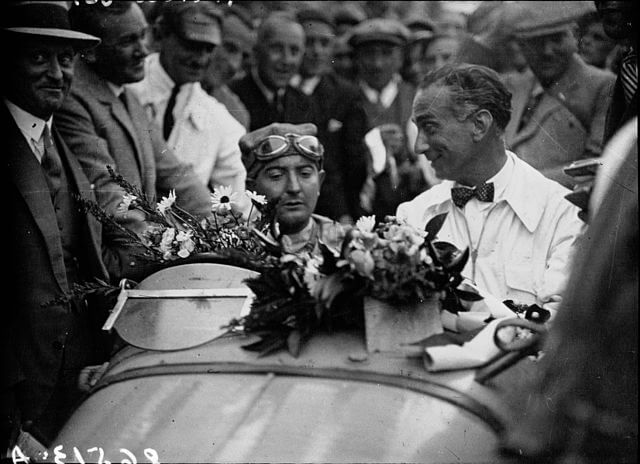 However, his career took a very different direction when France was invaded by Germany and he escaped back to England where he joined the army. Given his French language skills, he was recruited to the Special Operations Executive, the SOE. He found himself back in France, working with the Resistance in Paris in their war effort. William Grover-Williams was not the only Grand Prix driver to be part of the war effort in this way; he was working alongside Robert Benoit and Jean-Pierre Wimille. Grover-Williams was captured by the SS in August 1943, interrogated and sent to Sachsenhausen concentration camp, where he was executed in 1945. Benoit managed to escape from the car when taken by the SS, get back to Britain and return to France, only to be captured again and executed at Buchenwald. Wimille survived the war, but was killed in a crash at the 1949 Buenos Aires Grand Prix.