The BTCC visit to Leicestershire at the weekend included the Ginetta GT4 Supercup Donington Park Rounds 2018 as part of the Touring Car support package.

Harry King topped the qualifying times from Angus Fender and Charlie Ladell, and it was Ladell who took the win from Team Hard’s Carl Boardley, with Fender in third.

Boardley managed another second place in the next race, and this time it was Tom Roche who took the win, with Ladell joining them on the podium.

The third and final race of the weekend saw lots of slipping and sliding, with four cars not finishing. Alex Taylor came off at Redgate, managed to get going again and went into the wall; you can just about see the spoiler flying off his car in this photo. 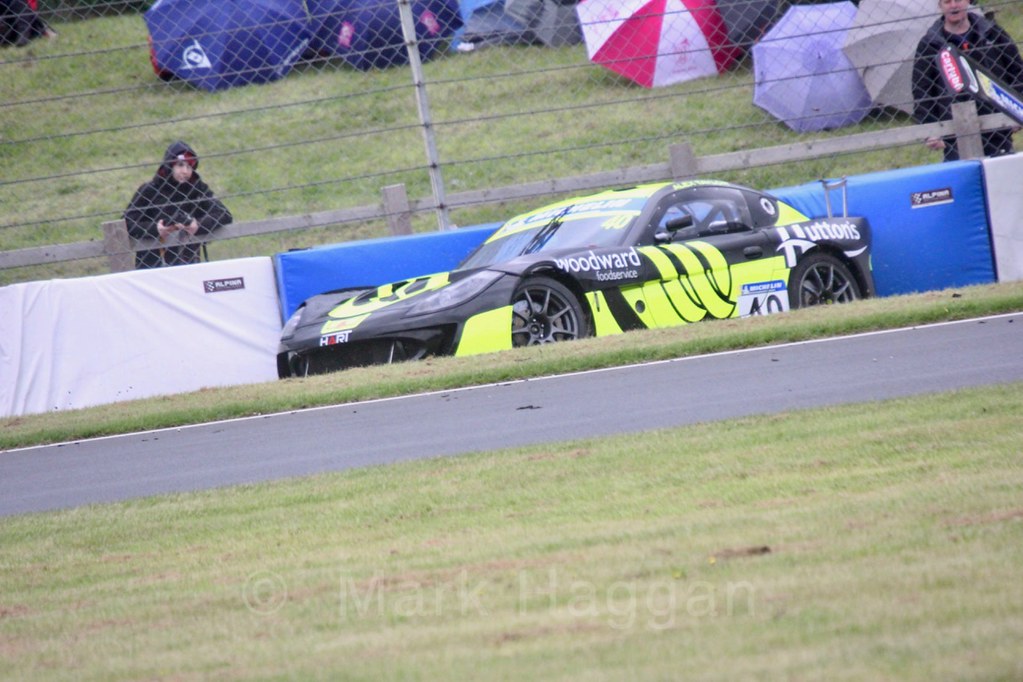 The race was a win for King, with another podium for Ladell, and Adam Shepherd in third place.

The good weekend for Ladell sees him lead the championship from Boardley, with King in third place.

The series does not accompany the touring cars to Thruxton – the Ginetta GT5 Challenge makes an appearance there – and will be back on the BTCC support package at Oulton Park in June, where they have their next two races.

In the meantime, here are some photos from Donington. 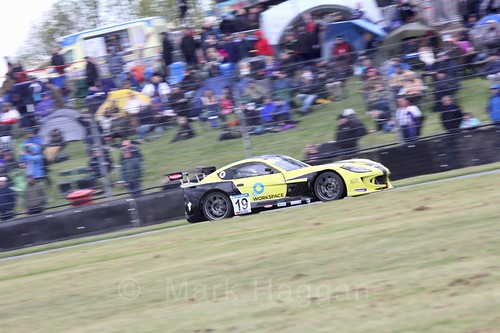 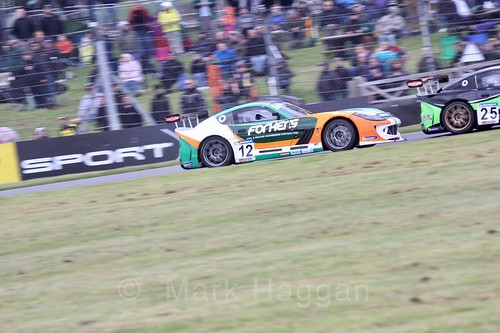 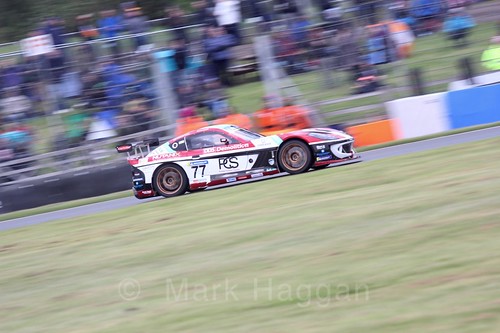 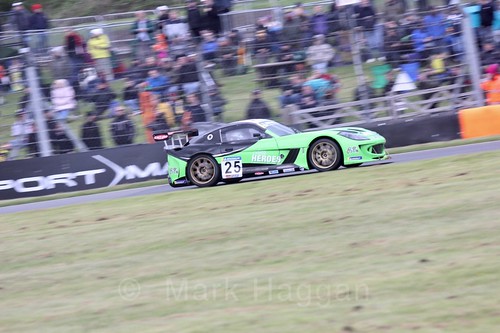 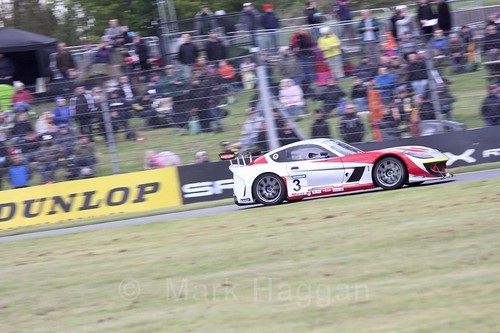 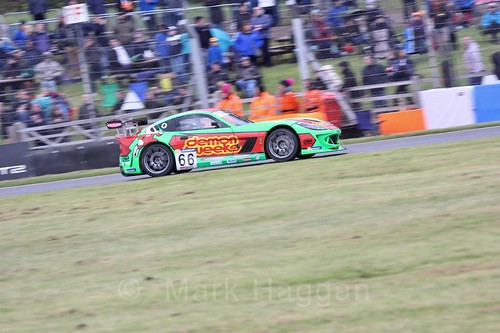 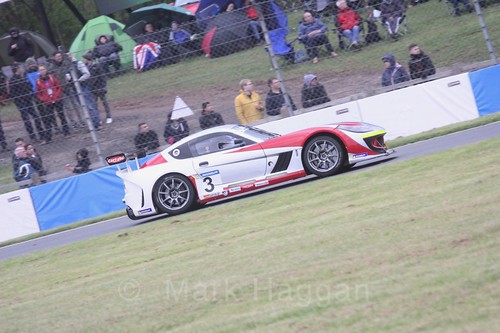 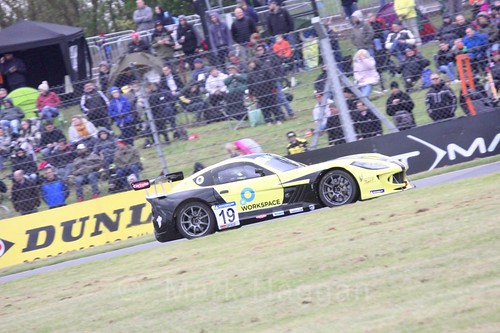 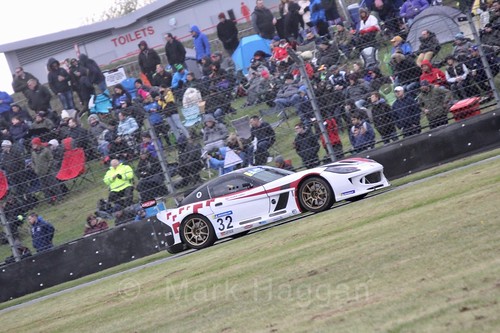 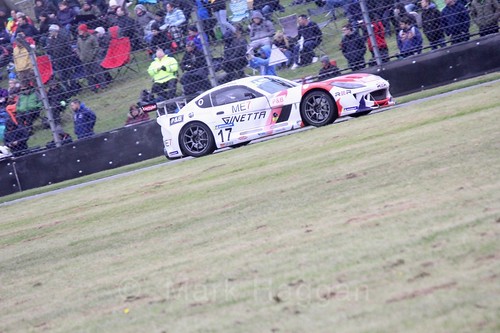 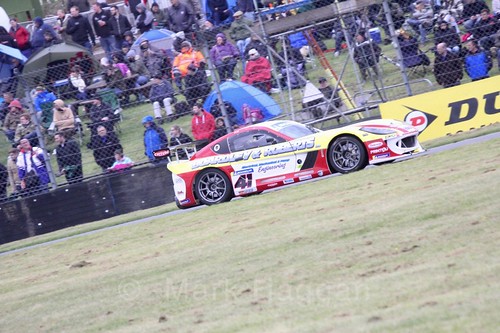 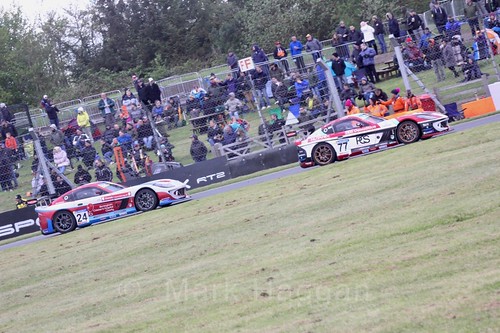 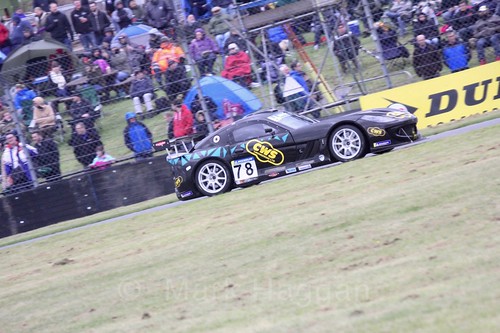 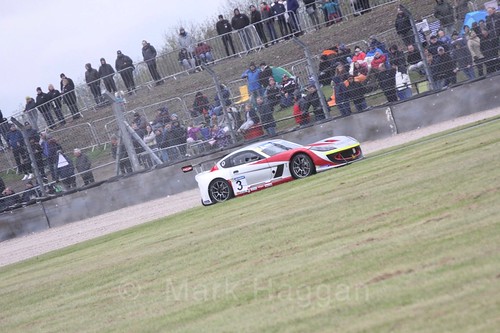 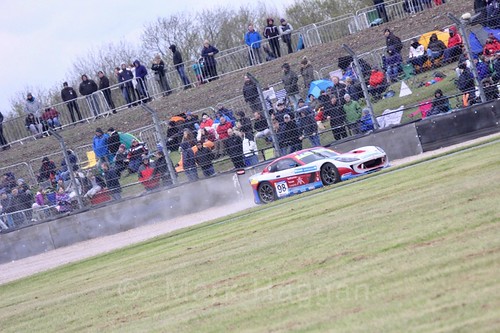 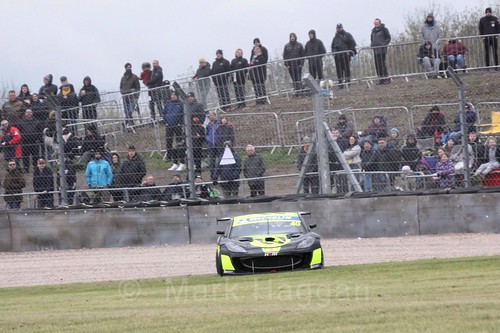 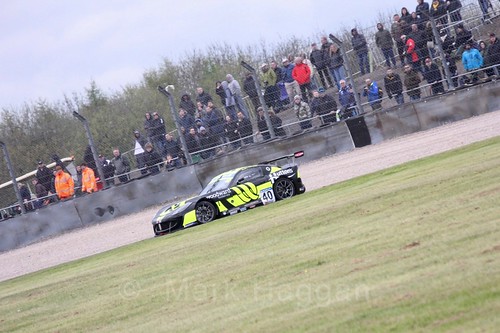 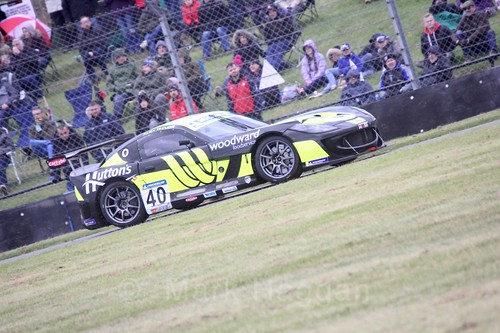 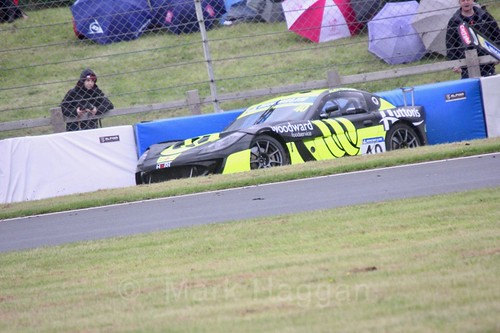 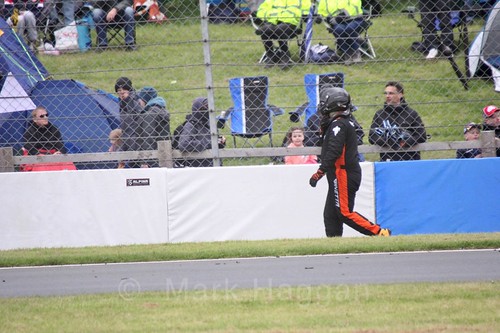 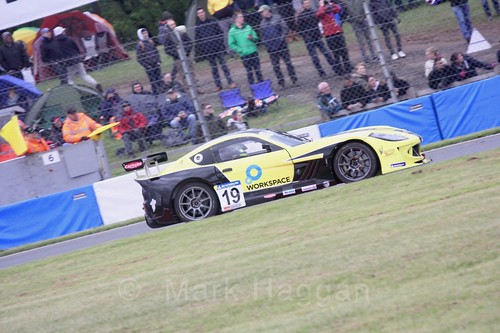