Red Bull are, of course, the reigning Formula One champions with Sebastian Vettel the three times and current world champion. Their 2013 offering, the Red Bull RB9, is a more purple car than previous years, and looks much better when seen live than through the lens of a camera. 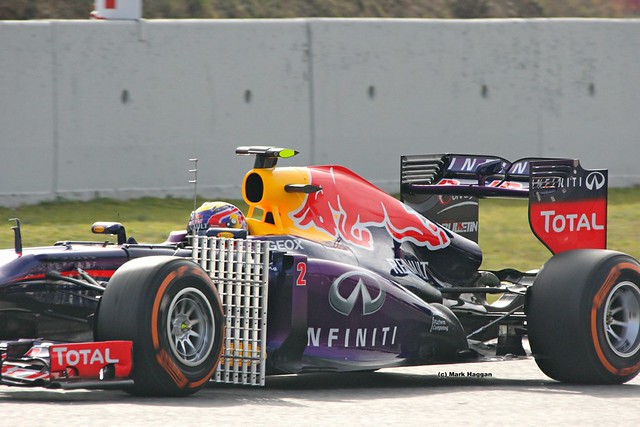 Here are pictures of the two drivers in Winter Testing: