As most F1 fans reading this are aware, Ayrton Senna was born on the 21st March, and the world of social media contains many tributes to the three times world champion on this date each year. In the UK, one place associated with Ayrton Senna is Donington Park, the race track in North West Leicestershire that saw Senna’s fantastic victory in the 1993 European Grand Prix, and which is also home to the Donington Collection, the world’s largest collection of Formula One cars.

It is hard not to notice the statue of Ayrton Senna and Juan Manuel Fangio on the way in to the museum, complete with Brazilian and Argentinian flags flying to honour these great racing drivers. 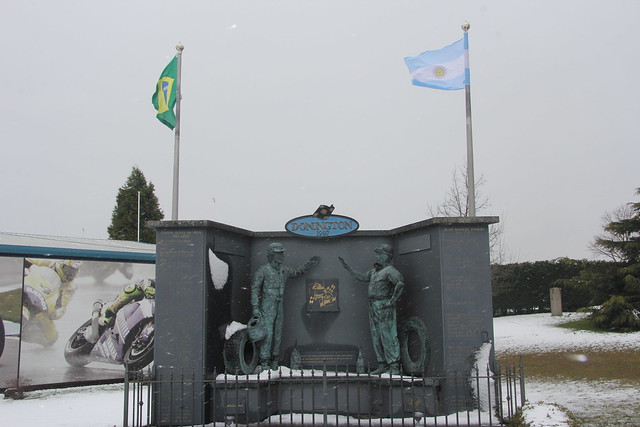 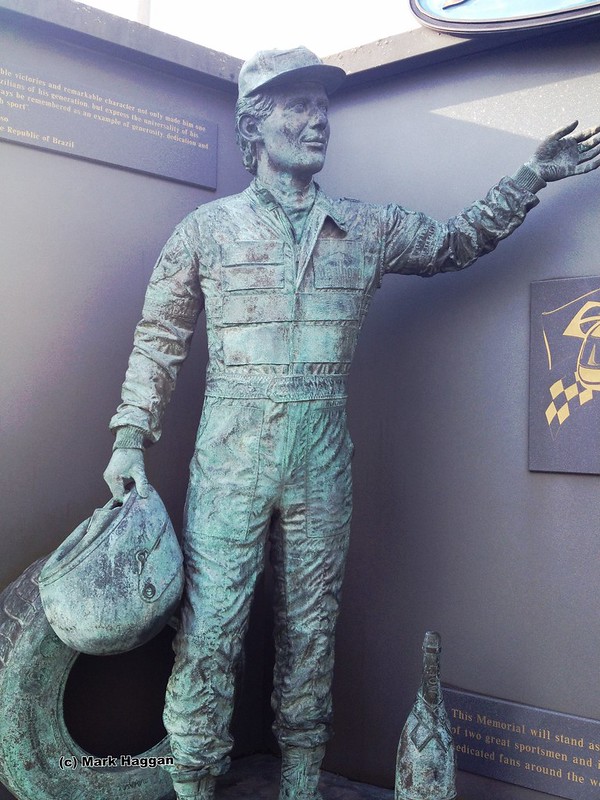 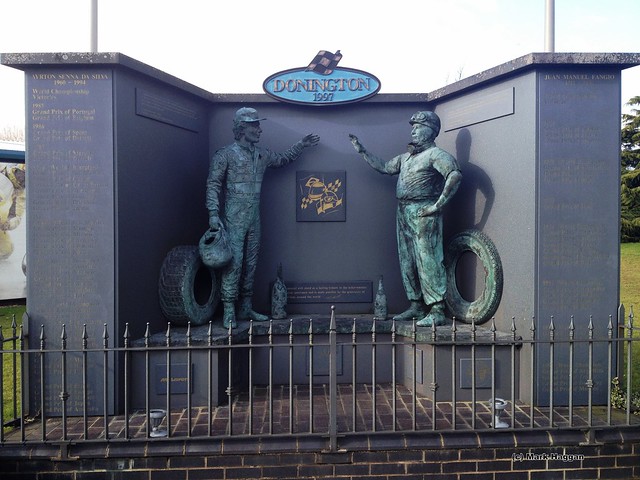 Inside the museum, there are a large collection of cars, including many McLarens, some of which have the name Senna on the side. 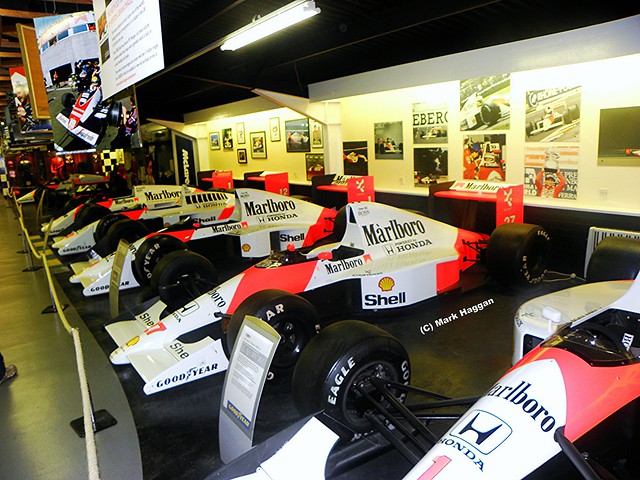 This has previously included a tribute to Senna with his car on display complete with a Brazilian flag.

This year, there is a new addition. In reception, as you come for lunch in the café, is situated Senna’s 1984 Toleman Formula One car, sitting beside the Red Bull of David Coulthard that is normally to be found there. 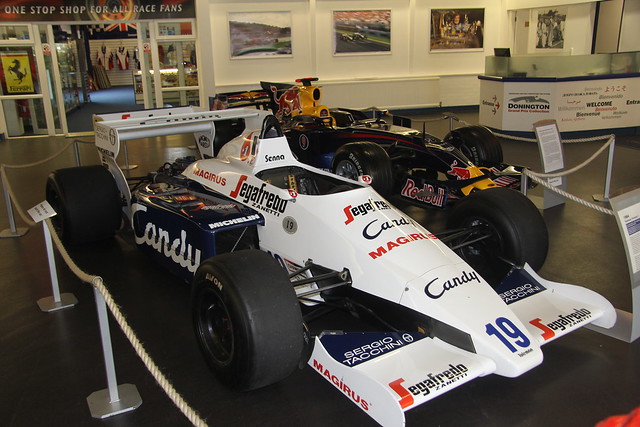 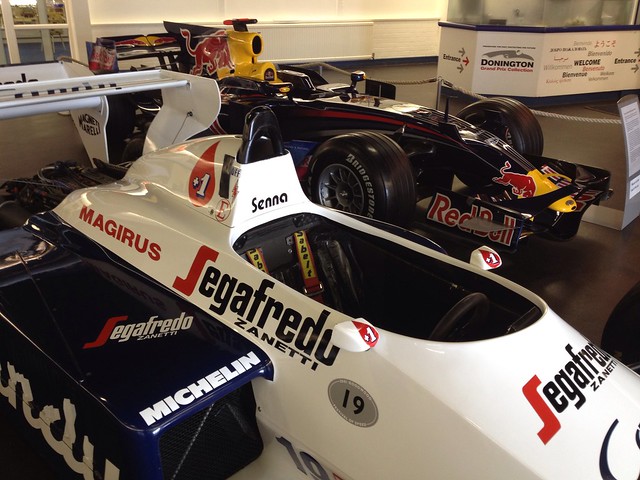 The TG183B was Senna’s first Formula One car, and the one that gave him his debut in the sport at his home Grand Prix, Brazil, in 1984. That on display is the TG184, the model that Senna drove in eleven of the sixteen races that year, from France through until Portugal, although he was replaced in Italy by Pierluigi Martini, who managed not to qualify for the race.
Senna was back for the European Grand Prix that year. 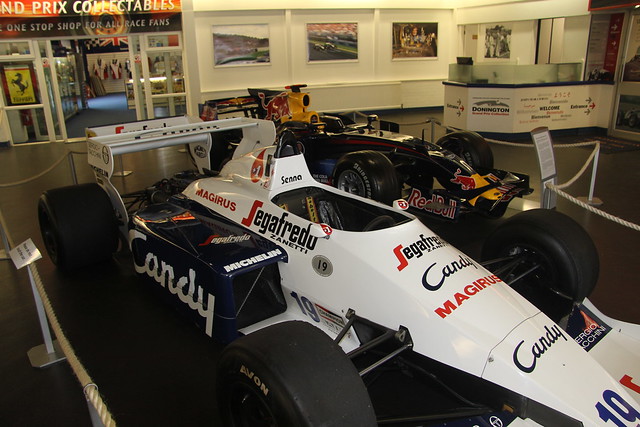 The location of the car gives a great view of the engine and inside the cockpit, and it is remarkable to see how much has changed in the years since 1984, when you compare the steering wheel to the Red Bull beside it. 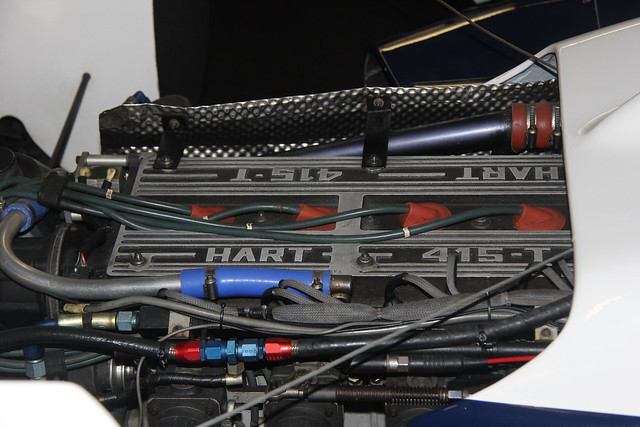 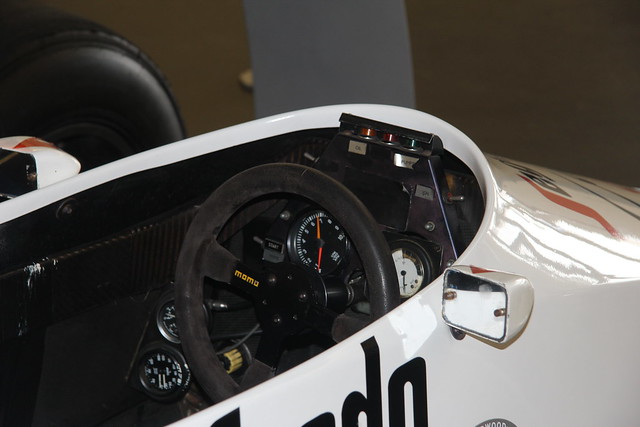 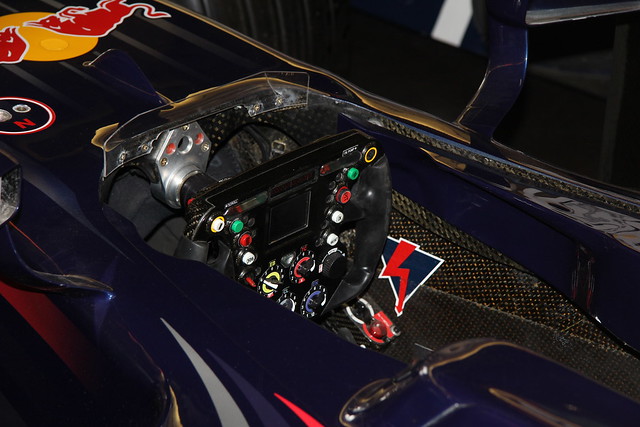 I was there for lunch with Mike, who made sure that he had a good look at the car whilst he had the opportunity… 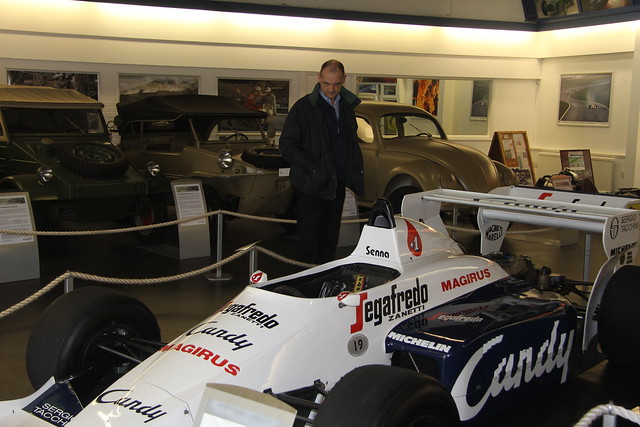 I have said it many times here and on Twitter, but if you are a Formula One fan and have the opportunity, you really should visit the Donington Collection. If you are a Senna fan, then it is a must. 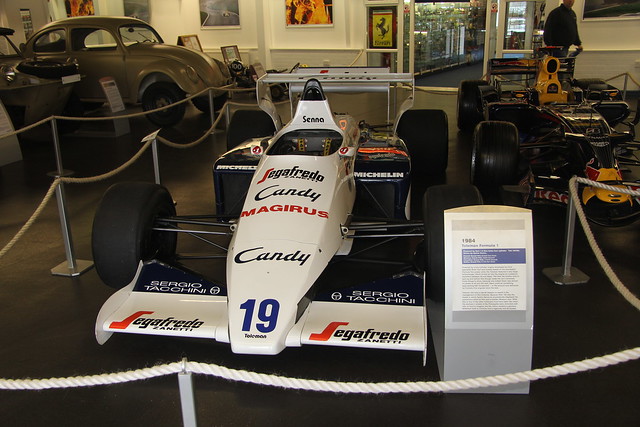 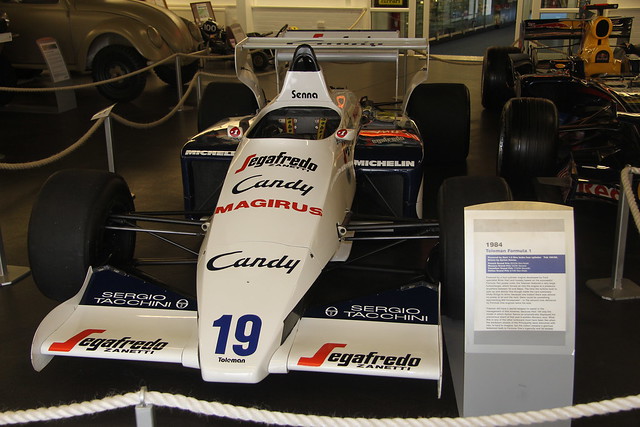