This weekend sees XH558, the last flying Avro Vulcan, performing the Salute to the V Force Tour, as the majestic aircraft makes her way around the various sites in the UK that are home to the remaining V Force aircraft.  I was at East Midlands Airport earlier to see The Spirit of Great Britain – as XH558 is known – salute fellow Vulcan XM575.

I was amazed at the number of people who had gathered to watch.  The roads around the village of Castle Donington were filled with cars, and it felt like every bit of space near the airfield where a car could be parked was filled, with a crowd anticipating the arrival of the aircraft.  This is the last flying season of XH558, so for many this is the last chance to see the aircraft in flight that was designed to protect the UK, and to carry Blue Danube, a nuclear weapon.  The Vulcan saw active service in the Falklands War on 1982, with Operation Black Buck requiring the Vulcan to fly non stop from Ascension Island to Port Stanley, destroy the runway on the airfield, and return. 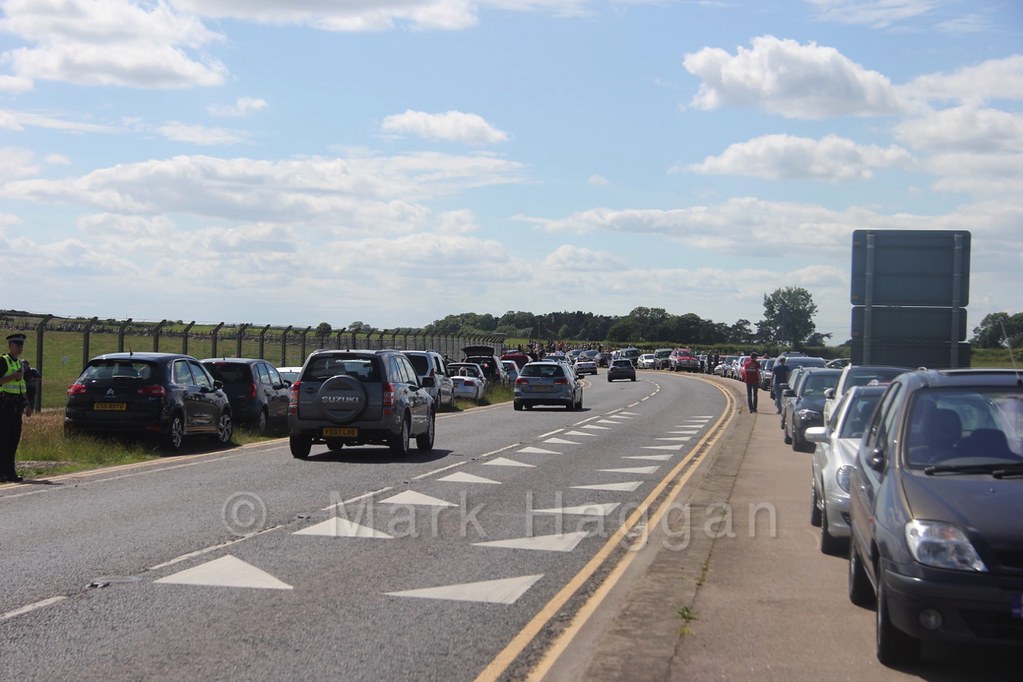 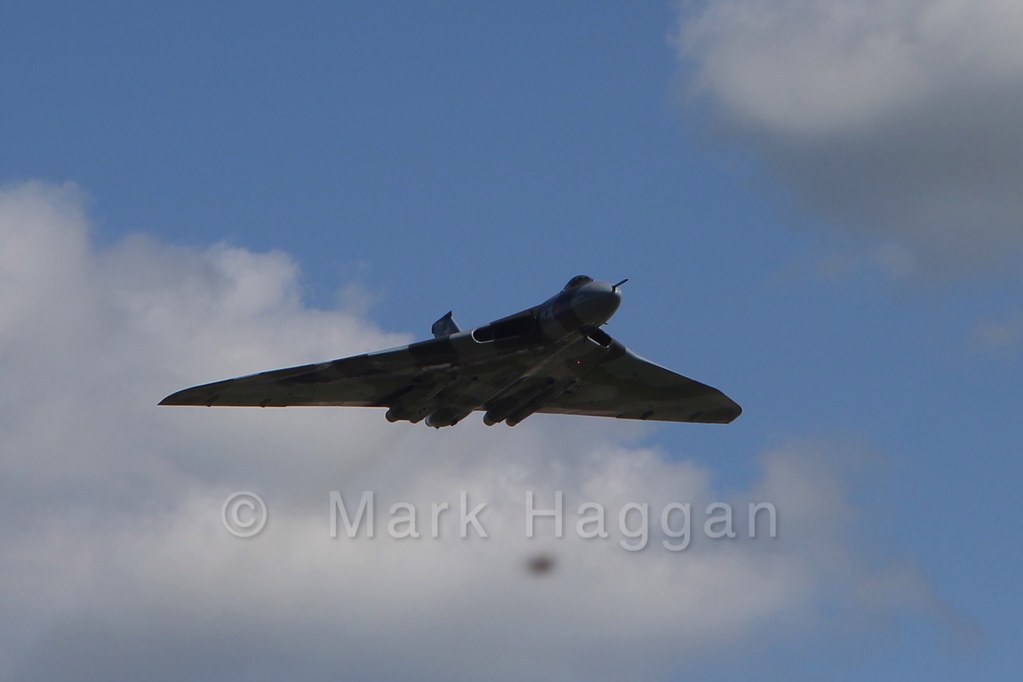 A total of eleven Handley Page Victors were required to refuel as part of Black Buck, alongside Vulcans XM597, XM598 and XM607. Black Buck 1 saw Flight Lieutenant Martin Withers take XM607 beyond its own range, and risk not being able to make it back to Ascension, but completed the mission. Martin Withers was awarded the Distinguished Flying Cross for the mission. 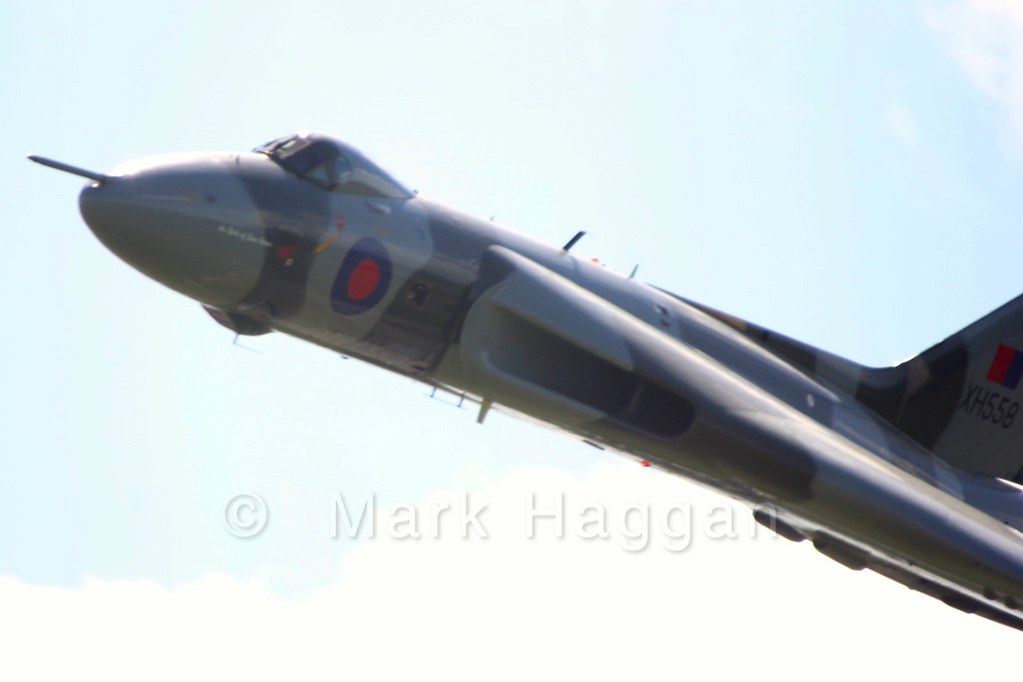 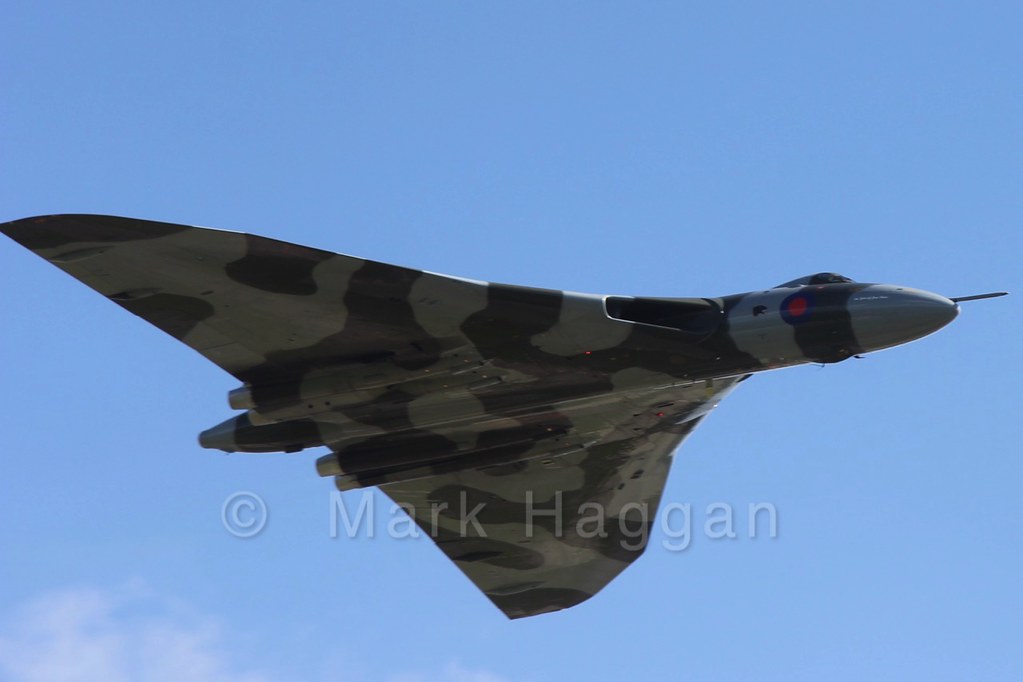 Martin Withers has been instrumental in keeping XH558 in the air, and it was he who was flying her as she came over East Midlands Airport today. There was a gasp from the crowd as the Vulcan appeared to be bigger and bigger until it was flying over the airfield, and performed a wing tip salute to XM575. The Spirit of Great Britain turned around, came back over the airport, and performed some extraordinary moves for an aircraft of its size before heading off for home at Doncaster via Newark museum. 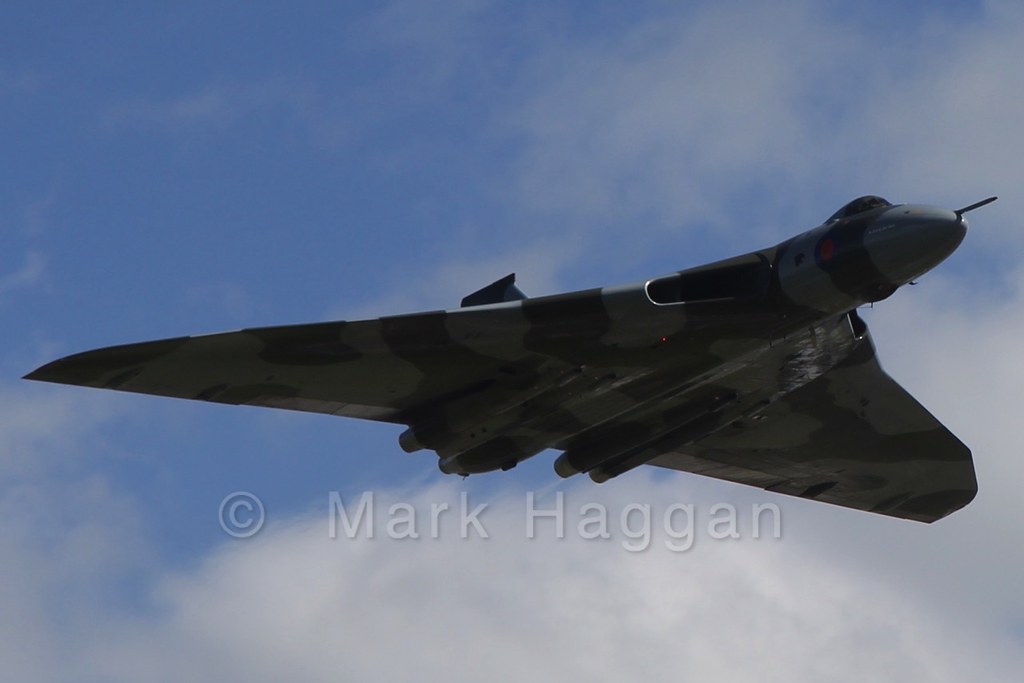 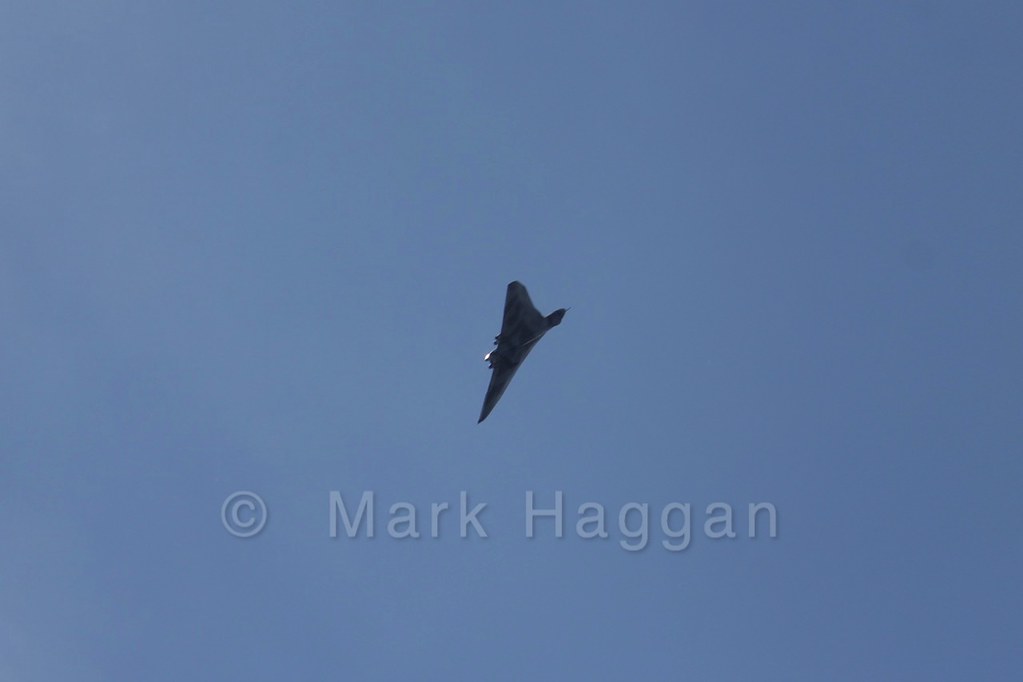 It will be a sad day when we can no longer see this beautiful aircraft in the skies, and a huge thank you to all those people who work so hard to keep the Spirit of Great Britain flying. 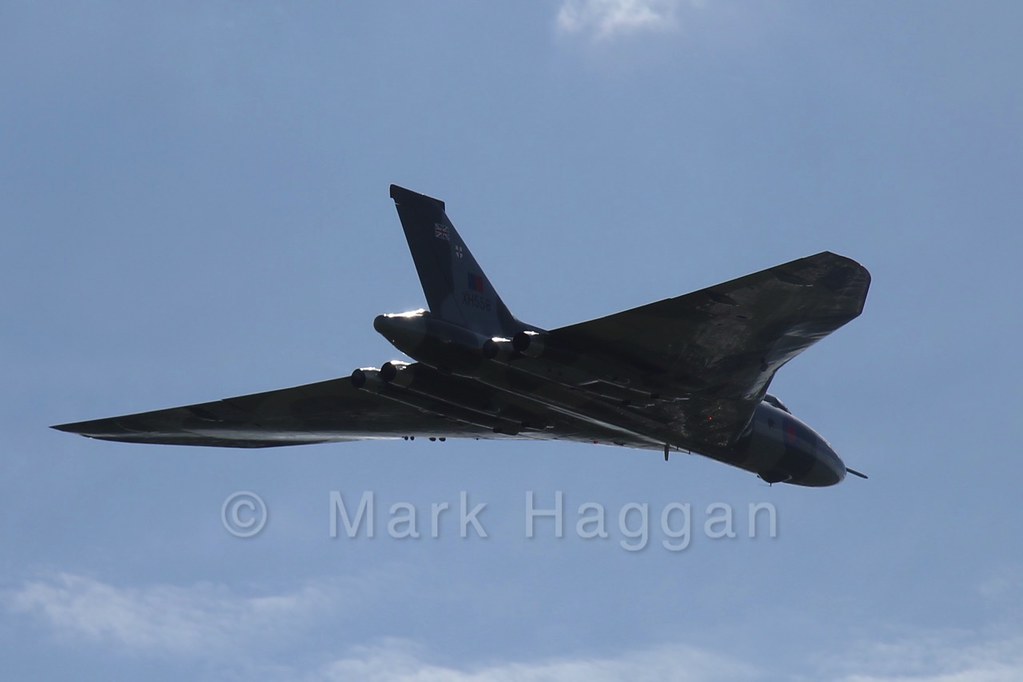