You may have heard the story of the Dornier 17 – or rather, the Dornier Do-17 – aircraft that was rescued from the bottom of the English Channel in June 2013.  The aircraft had been shot down in 1940 as part of the Battle of Britain, and when it was recovered, it was believed to be the world’s only intact example of this type of aircraft.  The operation to get the aircraft out of the sand was remarkable, and made the news around the world at the time.

When the conditions allowed for the aircraft to be removed, the badly corroded but still complete frame was lifted off the seabed, and is currently residing at the RAF museum at RAF Cosford in Shropshire.  I was lucky enough to go along to see it earlier today, and it was quite an amazing sight.  The venue is quite remarkable, with a large number of rare and unusual aircraft, but none are quite like the Dornier 17. The aircraft is kept in a separate area, easily spotted by the distinctive entrance area. 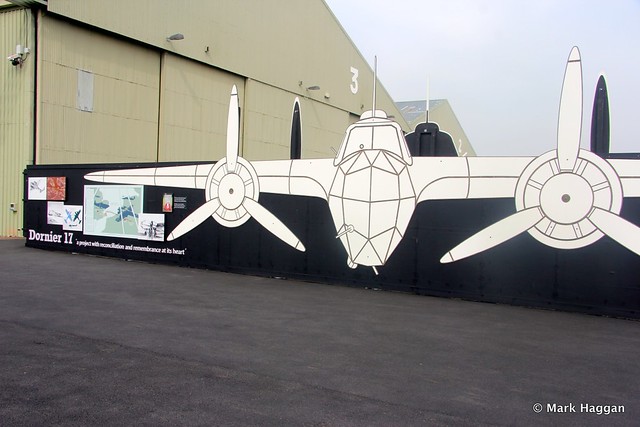 Behind that are a number of educational presentations, but most excitingly, two long tunnels that look like the sort of thing that one might use to grow strawberries.  These actually have two sections of the aircraft, one the fuselage and one the wings.  The aircraft remains are kept hydrated – it is believed that it is the conditions of the seabed that had kept the remains in the condition they are in – with water constantly pouring over the parts of the plane.  It was quite amazing to think not only was this the same frame that I saw lifted out of the water on television a few months ago, but one of the German bombers that played a part in the Battle of Britain more than 70 years ago. 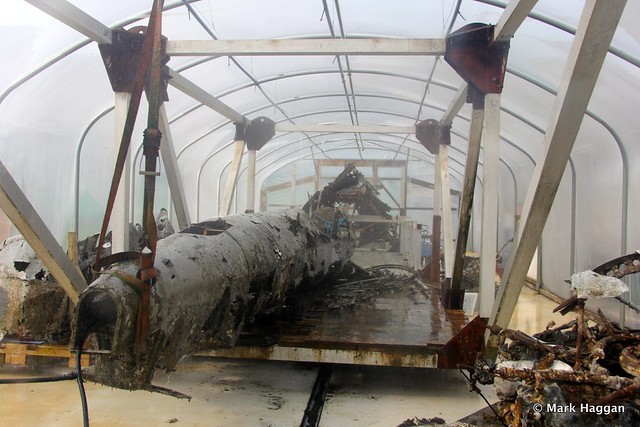 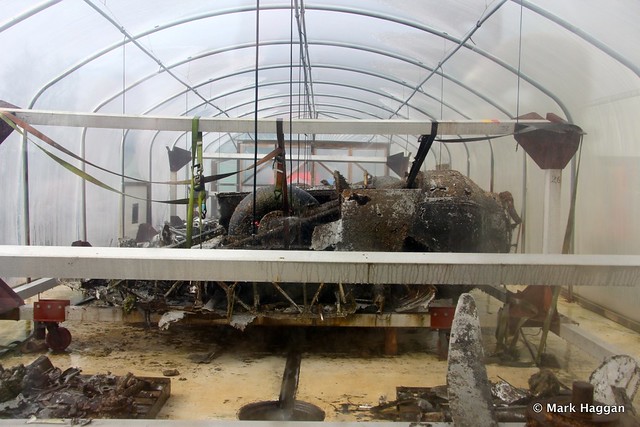 If you get a chance to visit the RAF Museum at Cosford, it is well worth doing.  It’s between Telford and Wolverhampton, not far from Birmingham.

You might also be interested in the effort to raise the aircraft from the seabed, which can been seen in the video below.