Today is St George’s Day. It is famous for many things; traditionally observed as the date of birth of William Shakespeare, and also his date of death. Not the best birthday…

In Roman times, this was Vinalia urbana, the celebration of the wine harvest.

On this day on 1014, Brian Boru defeated the Viking hoards at the Battle of Clontarf, and two years later, Edmund Ironside succeeded his father, Æthelred the Unready as king of England. In 1348, King Edward III founded The Order of the Garter.

In 2000, the British Grand Prix moved from its usual summer place to this date, which became famous as a festival of mud. I remember just getting into the car park in time to see the race, and spending hours afterwards in a muddy field helping to push other cars out. One car stuck in mind, and in the mud; we had been very successful and liberating cars from their swampy incarceration by virtue of being a series of large chaps putting some weight into pushing them. One rather small car just would not move. We pushed and pushed, and got almost no traction. One of my fellow pushers looked into the car, and suggested that the driver released her handbrake. The car started to move after that….

However, it is, of course, best remembered as the feast day of St George, who is, among other things, the patron saint of England. St George was born of a Greek father and Palestinian mother. He was a member of the Roman army, and is famous for slaying the dragon Ascalon. He was eventually tortured and executed by decapitation on 23rd April 303, and he was subsequently considered a martyr.

His flag, the St George’s Cross, features on the flag of various places where he is considered a patron, like Georgia, and of course England, where it was combined with the St Andrew’s Cross to form the first Union Flag, which had a diagonal red cross added to represent the flag of St Patrick on 1st January 1801 to form the modern flag of the United Kingdom.

However, the place where I have seen most celebration of St George is one of those nations where he is recognised as a patron, Ethiopia. Even the local beer is called St George. I wrote previously about a guided tour of St George’s Cathedral by the Archdeacon there. It was a rather odd trip. 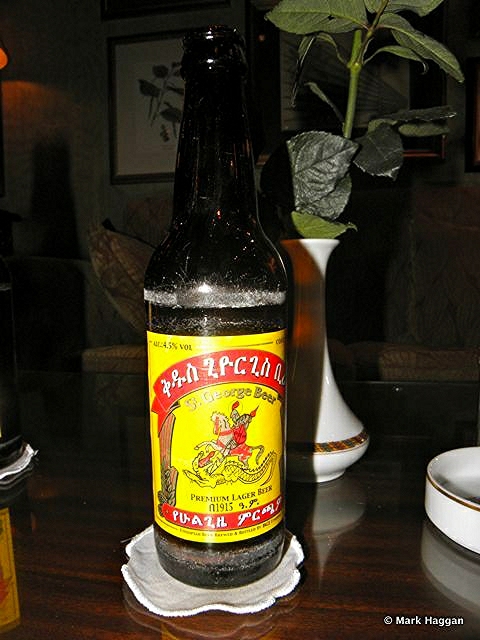 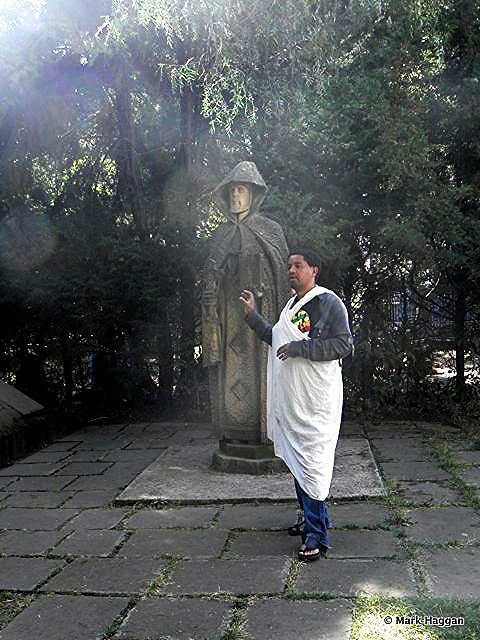 As a non-English person who has lived in England for many years, I do find the lack of celebration of what could be a national day a little odd, particularly as the festivals of other saints, notably Patrick, are a cause for celebration not just in England but around the world. Perhaps England could learn from the people of Catalonia, who celebrate La Diada de Sant Jordi today. Traditionally, men gave roses to women, and women give books to men, with the concept of “a rose for love, a book forever”. More recently, the day has often seen the exchange of books rather than the exchange of books and flowers, probably deriving from an attempt by booksellers to use the date of the deaths of Cervantes and Shakespeare as a book selling opportunity. In Barcelona, I’m told that this day sees the purchase of four million roses and eight hundred thousand books.

However, perhaps the most odd quote about St George’s day comes from Bram Stoker in Dracula.

“It is the eve of St. George’s Day. Do you not know that tonight, when the clock strikes midnight, all the evil things in the world will have full sway?”